We’ve made it easy! There is only one performance option to select (May 15 – June 13). That option gives you access to the entire streaming window starting May 15. Once you’re ready click “watch now” to start the video on our woollyondemand.net streaming site and it will be available to you for 48 hours.

Do you believe in ghosts? Take a virtual front row seat for this original film of the acclaimed musical séance, Animal Wisdom, where singer-songwriter-soothsayer Heather Christian lays to rest the souls that haunt her. Christian shapeshifts between rock star, folklorist and high priestess as she conjures a constellation of souls in an effort to confront her family’s mythologies.

With raucous, ferocious music that fuses blues, gospel and folk, Heather Christian invites you to raise a glass to the unseen forces that shape our lives. Adapted from the stage production that had a sold-out and acclaimed run at The Bushwick Starr, Animal Wisdom offers a transporting experience where a concert becomes a mass, and a mass becomes a séance, all in your living room. 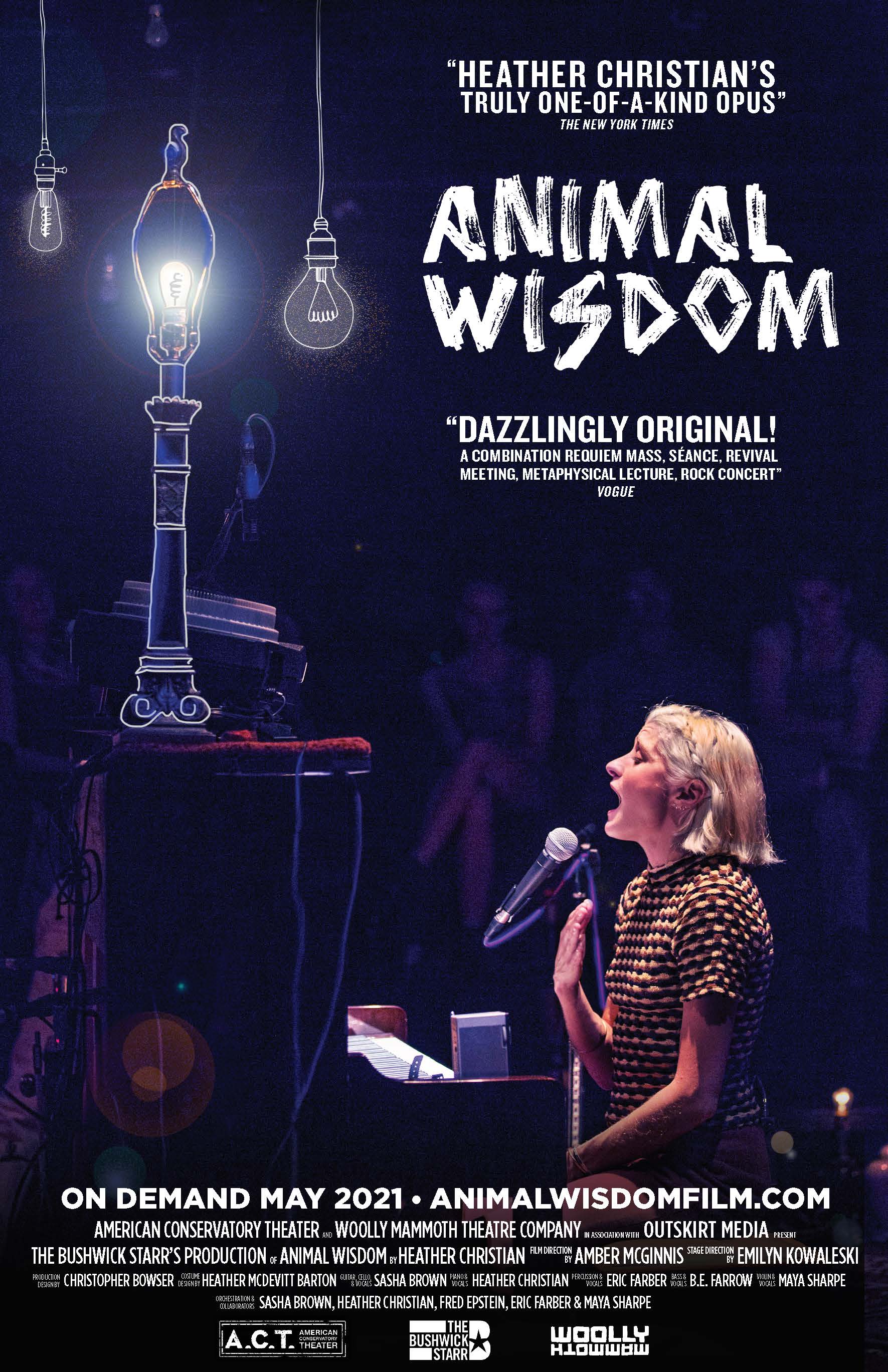 “Seeing ANIMAL WISDOM at the Bushwick Starr changed me, and the music still haunts me in the most beautiful ways. Woolly is leaning into musicals this year, especially those breaking the boundaries of the form, like this one. This film adaptation of ANIMAL WISDOM aims to conjure the divine of the original, and a way to honor all those we have lost.”

See everything in Season 41

with a Golden Ticket!