Join us for a community reading of George C. Wolfe’s essential play, The Colored Museum, on September 26th at 8pm. Told through a series of 11 "exhibits,” Wolfe explores identity, power, and public consumption. Wolfe’s satire interrupts convention and resists stereotype, presenting audiences with a sharp view of what it means to be Black in the United States.


The reading features students from Howard University and will be co-directed by Howard Senior Amiah McGinty and Howard Professor Eric Ruffin. Get your free tickets here.

Join us for an art talk featuring Aniekan Udofia and curator Ashley Templeton on Thursday, September 22nd at 5:30pm. Book your free ticket above. 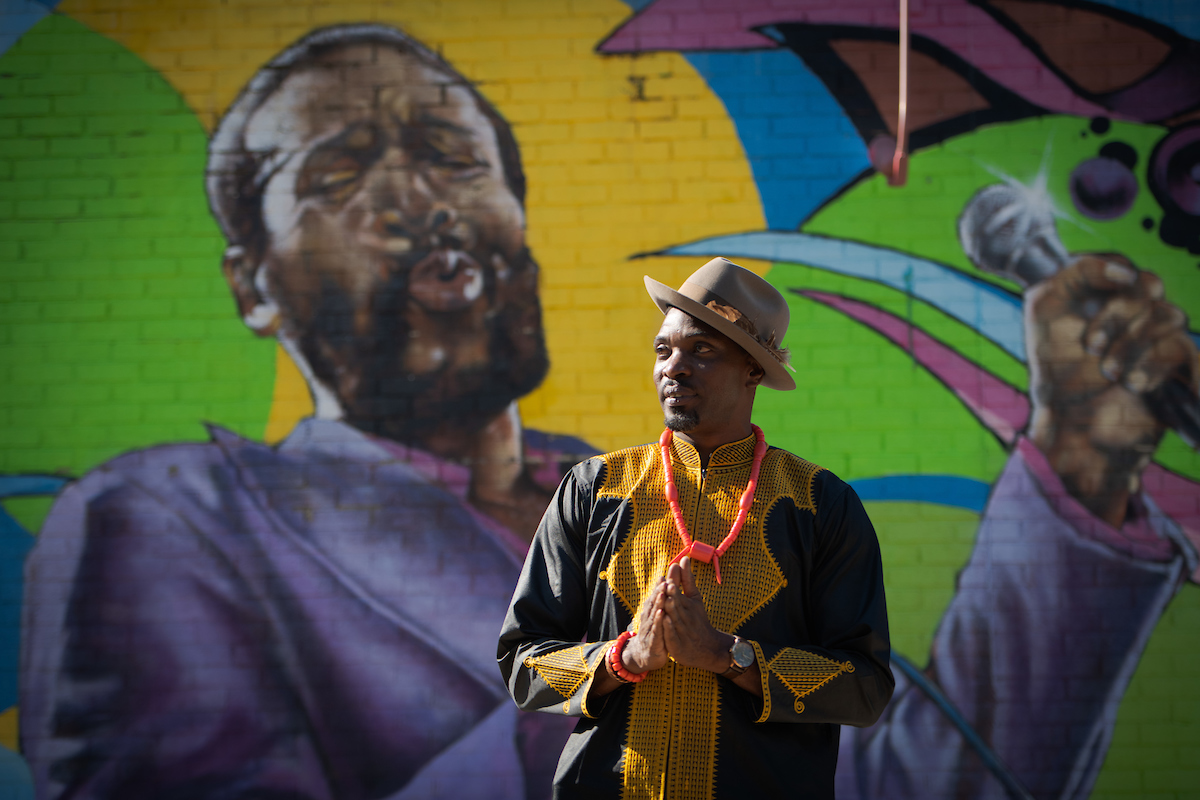 Return of the Shaolin Pencil

Hosted by Woolly Mammoth in Partnership with Client Raiser

Heroes are not born heroes. According to the monomyth of Joseph Campbell, people become heroes through a psychological journey that involves going on an adventure, being victorious when faced with decisive crises, and becoming transformed. Aniekan Udofia’s life has taken him on this journey. Born in the United States, he moved back to his parent’s native country of Nigeria at the age of 7 only to find difficulties in assimilating. His most powerful tool was a pencil. Through drawing, he created a form of connection and communication to cope with the language barrier. Ultimately, drawing inspired Aniekan to return to the United States to enhance his greatest strength – illustrative storytelling. Most known for his urban murals, Aniekan is sharing his own “Hero’s Journey” through 17 works – each one representing a stage through the rights of passage to internal enlightenment. Aniekan himself is still on this journey of self-discovery.

Aniekan Udofia has a formidable reputation as a powerful painter and illustrator. Whether through multi-layered compositional complexity and suggestive narrative or straightforward human form, there is often autobiographical material at play. Udofia garnered national attention in the early 2000s with his illustrations for publications such as XXL, Vibe, DC Pulse, Frank151, While You Were Sleeping, and The Source.   In recent years he has become well known for his many vibrant murals around the nation’s capital with quite a solid clientele list including Toyota, American Express, The Office of Unified Communications, Murals DC, Museum of Public Art, and a host of small businesses and property owners. Udofia’s murals share the rich history and culture of the different communities they are created in, whether it’s the gagged George Washington on 15th and U Street, the very bright and colorful Marvin Gaye in the Shaw area, or his most famous Ben’s Chili Bowl mural which celebrates iconic African-American figures. His public works speak for themselves. Udofia lives and works in his studio in the Adams Morgan area of Washington, DC. 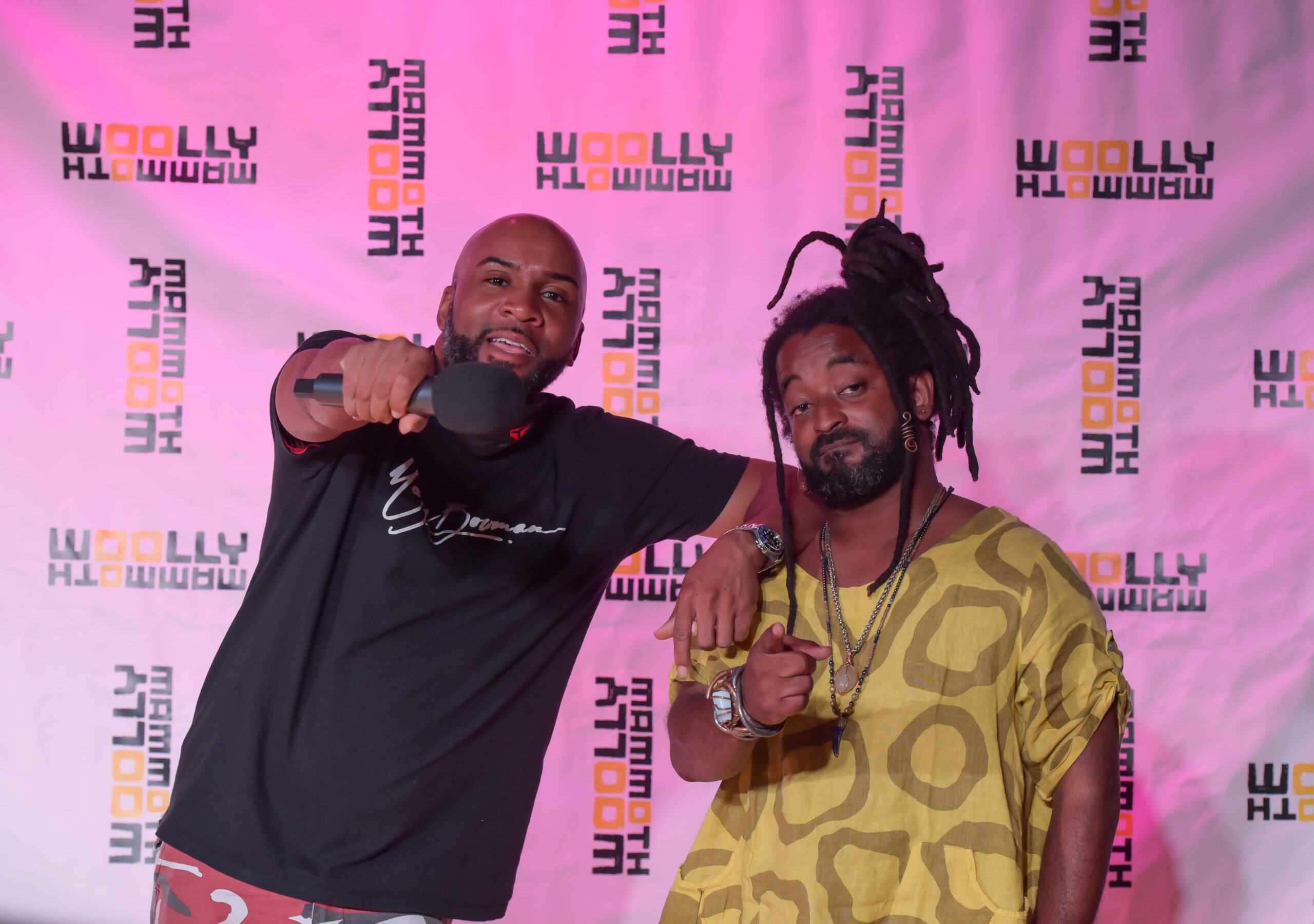 SPIT DAT is the longest-running open mic in the nation’s capital. A profoundly intimate artistic and spiritual experience which has fought to remain a safe space through nearly two decades of societal changes, Spit Dat combines world-class talent with a living room vibe. As much a “venue” as it is an “event”, Spit Dat has won multiple awards for its contribution to the growth of generations of acclaimed international artists. But perhaps its most valued accolade lives in being renowned among its staunch community as no less than “Church”.

DREW ANDERSON, a science teacher turned teaching artist, poet turned parodist, and marathon runner turned motivational speaker, is as hard to define as he is to ignore. Known lovingly throughout DC’s performing arts world as “Droopy the Broke Baller”, Drew is founder and co-host of Spit Dat, the longest-running open mic in DC. Recipient of the prestigious DC Arts and Humanities Fellowship presented by the DC Commission on the Arts and Humanities, Drew has recently merged his decade-plus of artistic acumen and educational expertise to develop Spoof School, a dynamic arts education integration residency which teaches students of all ages how to make learning fun by “making fun” of their learning.

DWAYNE B!, aka the “Crochet Kingpin” is a DC native poet, activist, breakdancer, and fashion designer. He is one of the hosts of DC’s longest running open mic series, Spit Dat, as well as Host-Captain for Busboys and Poets’ 450K location. In addition to featured readings at every Busboys and Poets location, SAGAfest Iceland 2015, Spirits and Lyrics NYC and Manassas, Woolly Mammoth, and the C2EA “We Can End AIDS” march, Dwayne’s short form poetry prowess led him to win the Best Haiku Award at the 2011 National Underground Spoken-Word Poetry Awards (NUSPA). His work to increase HIV awareness through spoken-word garnered recognition from the Congressional Black Caucus Foundation, BBCAmerica, the Discovery Channel, and The Washington Post. Ultimately, his goal is to force his audience to feel. His recent collection of works, One Color Kaleidoscope, is a testament to self-definition and change. When not documenting his life through poetic meter, he can be found on the metro making scarves and hats, or singing karaoke.