Science defines bioluminescence as the emission of light by organic beings. Contemporary colloquial parlance would be more apt to call it “the Glow Up”—and we need as much light and uplift right now as possible.

So it’s time for a “peachy keen” taste of Southern soul served up by Perception, Howard University’s own poetic firebrand; and a lesson from the living lyrical syllabus that is Brandon Alexander Williams, the Midwest’s blessed Professor of Hip Hop Studies!

Spit Dat Digital returns Monday, September 20th at 8:00 pm EST featuring Perception and Brandon Alexander Williams. Get on the open mic to spit alongside these two superstars! “Glow” is the suggestion. “Up” is the direction. Any questions?

Get the chance to spit alongside our fantastic hosts and features on the OPEN MIC! The list is filling up fast, so if you want to get on the mic, sign up for a slot here and don’t forget to book your tickets! 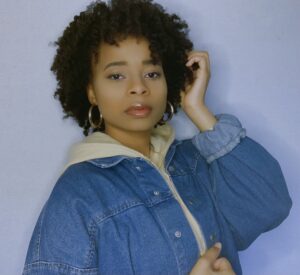 Amiah McGinty AKA Perception is a poet, actress, theatre-maker, and aspiring director. She is a natural-born storyteller passionate about creating cathartic and healing art experiences for Black communities. She is currently a junior acting major and psychology minor at the illustrious Howard University. There, she has worked in productions such as Children of Killers by Katori Hall, and the debut of 21 Strings by NSangou Njikam as well as projects such as the Studio Theatre residency led by Psalmeneye 24 and the workshopping of Syncing Ink by Nsangou Njikam. In addition to her extensive background in theatre, Perception has been writing and performing spoken word and poetry since she was 10 years old. At 16, she co-founded a youth-run performance group that allows her to conceptualize, direct and mentor fellow young poets as they developed their artistic identity. Her love and experience with poetry influences everything she does and is she is eager to see how it will further shape her artistry. Perception is excited to delve deeper into her art and share her work with you at SPIT DAT! You can follow her @_per.cep.tion_ on Instagram and check out her Youtube channel here. 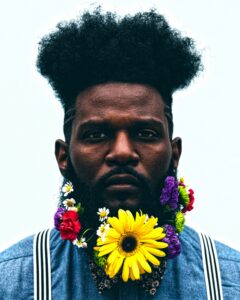 Born in Maywood and raised in Peoria, Illinois, Brandon Alexander Williams is a poet, MC and DJ. He is the most recent recipient of the Grant Wood Fellowship and subsequently named the first “Professor of Hip-Hop”at the University of Iowa’s School of Music where he taught courses in Hip-Hop Studies and Culture. Williams is an alumnus of Southern Illinois University-Carbondale where he produced “The Yard: An A’Capella/Hip-Hop Musical”. As an active MC and DJ, he has performed and taught throughout the country, produced nine albums, published two books and given several guest lectures and keynotes centered around art-integrated education.
You can follow him @brandonalexanderwilliams on Instagram and check out his website here.