Upright Citizens Brigade Theatre Performs Damned If You Do

What if you finally try moonlight rock climbing? What if you call your Uncle Ted out on his godawful toupee? What if you call in drunk—sorry, sick—to work on Friday? What if you get up the courage to tell your mom you actually hate her meatloaf? How different could your life be because of one seemingly innocuous choice?

Before you decide, let The Upright Citizens Brigade Theatre—the world’s most audacious improv troupe that launched the careers of Amy Poehler, Kate McKinnon, Ellie Kemper, and Bobby Moynihan—play out your potential futures in front of your eyes… just to be sure it won’t make your life a complete and total disaster.

From the legendary artists who brought you We Know How You Die!

Please be advised that this production contains instances of flashing lights.

"The laughs circle back to what these sharp-eyed comics have learned in front of us about a couple of us. It’s bonding, and explosively cathartic."

"Spontaneous characters. Nimble, ridiculous banter. Absurd situations. All in a package that’ll only ever happen once in a lifetime."

"UCB demonstrates incredible ingenuity and resilience... To spend an evening marveling at ephemeral art born of courage, cooperation, and communal effort will, given the chance, restore this partisan city’s optimism for a brighter future." 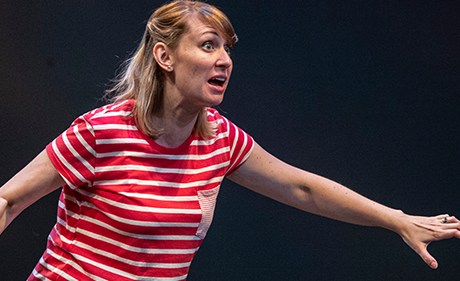 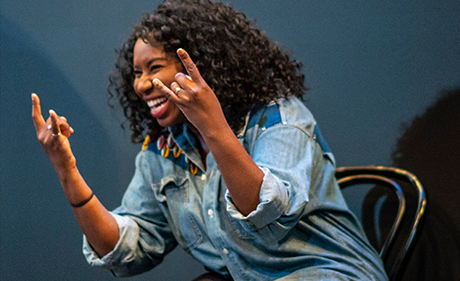 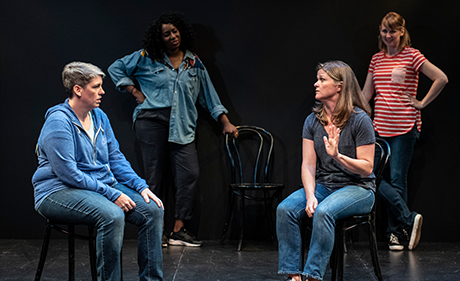 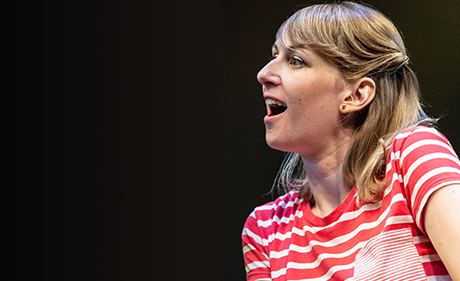 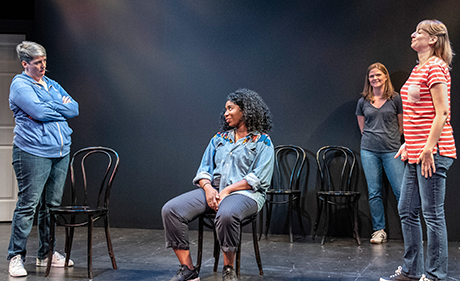 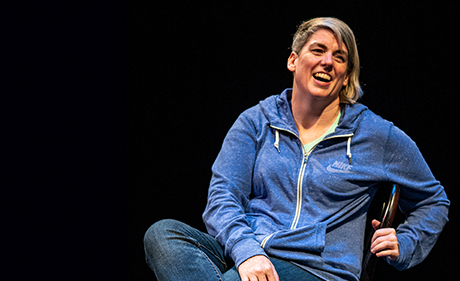 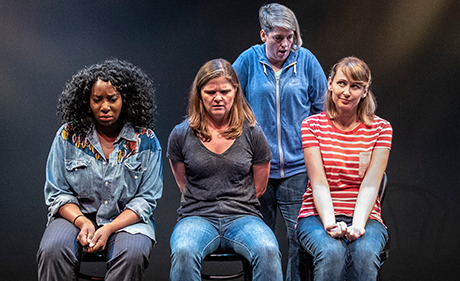 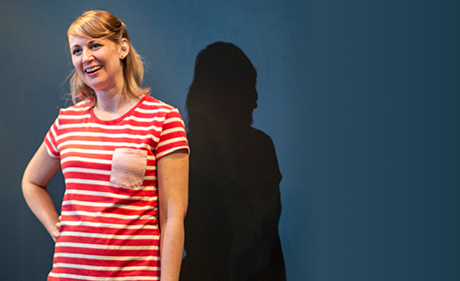 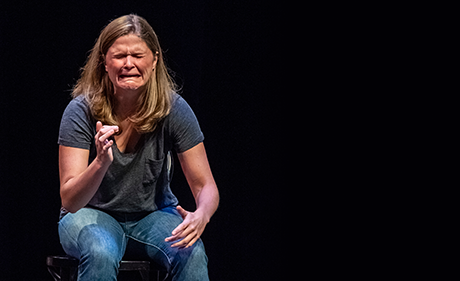 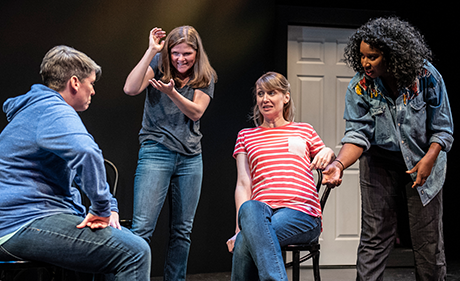 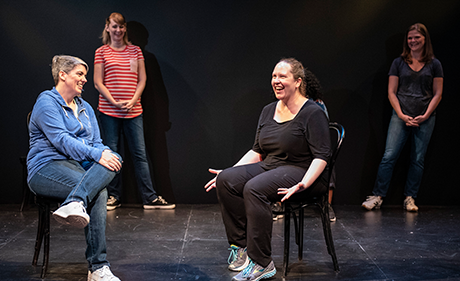 The cast on-stage with an audience member 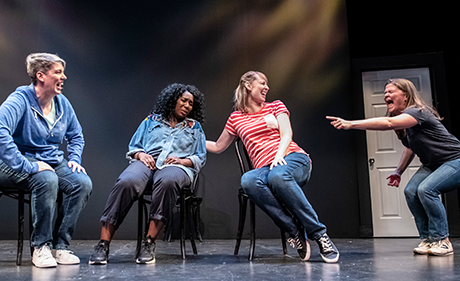 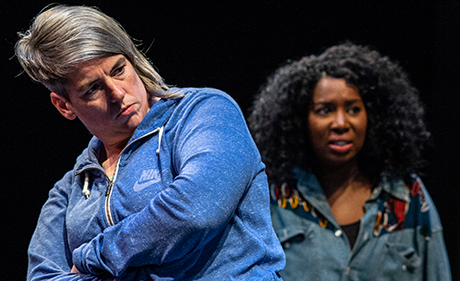 ALEX DICKSON (Performing July 10 - 18) is an actor and improviser living in Brooklyn, NY. At The Upright Citizens Brigade Theatre, she improvises weekly with The Stepfathers and monthly with Improvised Seinfeld. She has been featured on a variety of online videos for Above Average, Comedy Central, IFC, Funny or Die, College Humor and UCB Comedy. You can also catch her on the Netflix's upcoming special The Brian Regan Comedy Show. She is so happy to be performing at Wooly Mammoth! www.alexandra-dickson.com

MONIQUE MOSES is a regular performer at the UCB theater in NYC, and has starred in/created content for Bustle, Refinery 29, BricTV, Comedy Central and IFC Comedy Cribs - including IFC's X Pat, her self written series, and IFC’s Sport Court, which was listed in Indiewire’s 10 best web series of 2017. You can follow her on all the social medias at @nutellacartel. Enjoy the show!

SHANNON O'NEILL has been performing at The UCB Theatre since the early aughts. She is the sidekick on The Chris Gethard Show on TruTV and has appeared on Neon Joe Werewolf Hunter, Broad City, Man Seeking Woman, Difficult People, High Maintenance and the feature film Women Who Kill. Rolling Stone called her "effortlessly funny" and the Hollywood Reporter called her "A very good Shannon O'Neill." Follow her on the tweets and grams - @spotastic

CONNOR RATLIFF (Performing July 19 - 29) is a performer at the Upright Citizens Brigade Theatre, where he can be seen with The Stepfathers every Friday night and regularly on Sunday nights in ASSSSCAT. He is the creator of The George Lucas Talk Show at UCB Theatre East, where he interviews real guests while he pretends to be George Lucas.

His TV appearances include recurring roles on Netflix's Orange Is The New Black, TBS's Search Party, Comedy Central's The President Show and TruTV's The Chris Gethard Show along with roles on episodes of Comedy Central's Broad City, HBO's Veep and Netflix's The Characters. Connor can be seen in the feature films Don’t Think Twice (dir. Mike Birbiglia), The Discovery (Sundance 2017), Coin Heist (Netflix) and the upcoming feature We Are Unsatisfied (w/ Billy Crystal). Radio/Podcast appearances include Comedy Bang! Bang! and This American Life.  You can hear Connor as the co-host of the podcast 12 Hour Day with JD & Connor which is a 12-hour long podcast where every episode consists of an uncut and unedited twelve-hour conversation between himself and JD Amato. One time he got stuck on a train and Huffington Post and NBC News speculated that he had lost his mind. Google it, it was a real news story.

MOLLY THOMAS is thrilled to be back at Woolly after UCB’s 2016 run of We Know How You Die! Molly is an improviser, actor and writer based in New York. Her current UCB shows include Higgins: The Instagram Show and Teacher Feature. Off-Broadway, Molly starred in the world premiere of Beau Willimon’s play Breathing Time. She has appeared on Late Night with Seth Meyers, The President Show, Rachel Dratch’s Late Night Snack and Inside Amy Schumer. She studied Theatre and English at Indiana University. She studied acting, set building, bathroom maintenance and snow shoveling at Jeff Daniel’s Purple Rose Theatre Company. www.molly-thomas.com

Get a crash course in improv from the Upright Citizens Brigade!

Is DAMNED IF YOU DO not enough? Do you need even more improv in your life? Then don't miss out on this special showcase of local improv artists!

Get a crash course in improv from the Upright Citizens Brigade!
See all Related Events