An Important Message from Woolly

A small house is besieged by an apocalyptic storm. Great trees crack and splinter, garbage shatters windows, a deer impales the car windshield, and the wind hurls a trampoline into the living room. While their family home collapses all around them, an estranged daughter and her devout relatives try to pray their way to safety.

Obie Award-winner Clare Barron’s new play is “a genuinely fragile, complex piece of work” (Time Out New York): a Rorschach test for the faithful and the faithless alike. You’ve never seen a family pray quite like this. But if you enter the eye of the storm with them, you might bear witness to a surreal, harrowing tale of survival and forgiveness.

"Baby Screams Miracle is a wonderful devastation to behold."

"The performances are unassailable...deliver[s] a gale-force wallop."

"A persuasive portrait of a loving family under pressure."

"A fascinating, provocative premise; a strong cast of dynamic, capable actors; a fabulous designer of a little house...and (most importantly) a technology-video wizard."

"Ruthlessly clever at taking us into the eye of the storm." 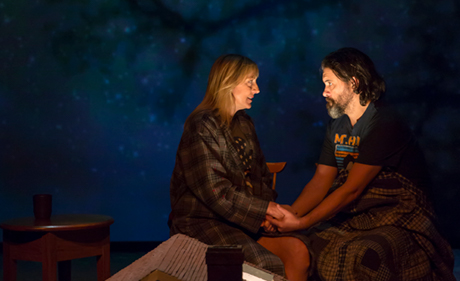 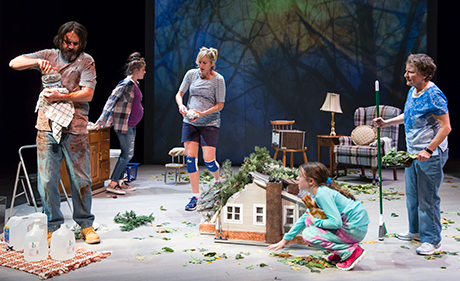 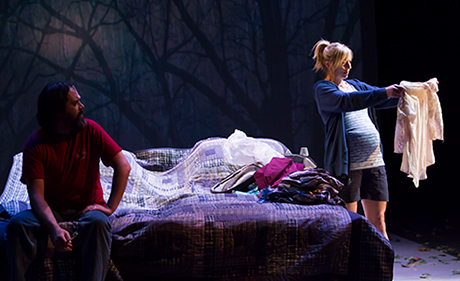 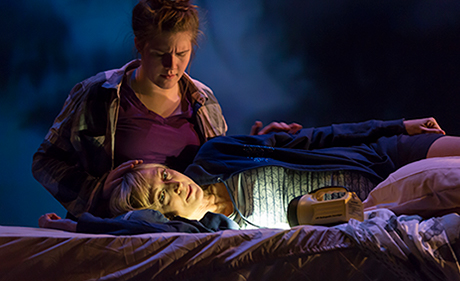 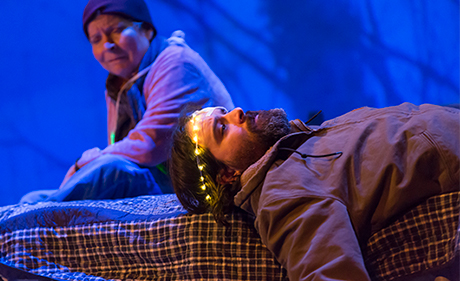 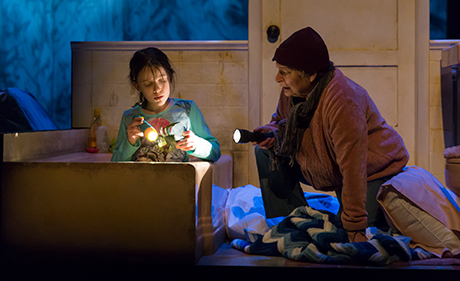 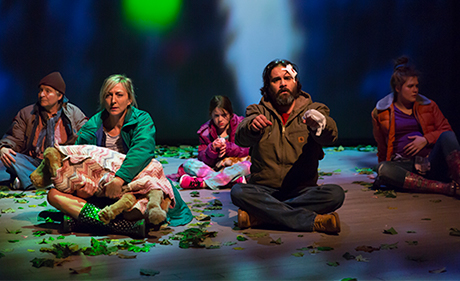 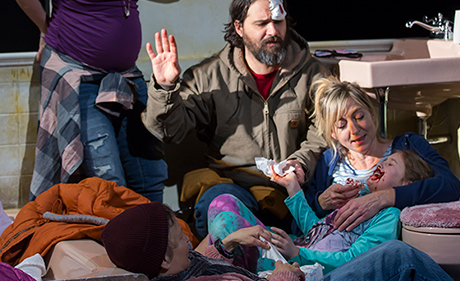 About the Playwright: Clare Barron

Clare Barron is a playwright and actor from Wenatchee, Washington. Her plays include You Got Older, which received its world premiere with Page 73, directed by Anne Kauffman; Baby Screams Miracle (Clubbed Thumb Summerworks); Solar Plexus (EST’s Marathon of One-Act Plays); and Dirty Crusty. She is the recipient of the 2014 Page 73 Playwriting Fellow and the Paula Vogel Award at the Vineyard, and a two-time finalist for the Clubbed Thumb Biennial Commission. She is also a member of Youngblood, an Affiliated Artist with Target Margin, an alum of the Soho Rep Writer/Director Lab, and received her MFA at Brooklyn College. As an actor, Clare appeared in the world premiere of Heidi Schreck’s The Consultant (Long Wharf) and traveled to Beirut to play Mae in an Arabic-English production of María Irene Fornés’ Mud.

About the Director: Howard Shalwitz

Howard Shalwitz has been the visionary force behind Woolly Mammoth for 36 seasons, steering the theatre’s adventurous play selection, guiding the development and production of dozens of new works, and building a renowned acting company. Under his leadership, Woolly Mammoth has grown from a tiny “alternative” theatre to one of the leading centers for provocative new theatre in America. Howard received the 2011 Helen Hayes Award for Outstanding Director for Clybourne Park, and has received multiple Helen Hayes nominations as both a director and an actor. In recent seasons, he directed the world premieres of Civilization, Fever/Dream, and Big Death and Little Death, along with She Stoops to Comedy, Measure for Pleasure, and The Faculty Room. Howard has directed for leading New York and regional companies including New York Theatre Workshop, Playwrights Horizons, Arena Stage, Studio Arena, and Milwaukee Rep. In 2012 he was recognized as Distinguished Finalist for the Zelda Fichandler Award for Outstanding Regional Director.

CODY NICKELL (Gabe) returns to the Woolly stage (for the first time as a company member) where he has been previously seen in Clybourne Park, In The Next Room or The Vibrator Play, and Stupid Fucking Bird. Other DC productions include many performances at The Folger Theatre as well as Shakespeare Theatre and Studio Theatre. For three seasons Cody was the Artistic Associate at Gulfshore Playhouse where favorite productions included All My Sons, Jacob Marley’s Christmas Carol, and most recently Constellations. Cody’s work has taken him to theaters all over the country including Portland Center Stage, Santa Cruz Shakespeare, The Wilma Theatre, Playmakers Rep, The Arden Theatre, Syracuse Stage, and Two River Theatre. Cody is the recipient of the Connecticut Critics Circle Award for Best Actor, and a three-time nominee for The Robert Prosky Helen Hayes Award. He is a graduate of the Carnegie Mellon University School Of Drama.

KATE EASTWOOD NORRIS (Carol) is delighted to be back among the Mammoths where she is an extended company member. Previous Woolly audiences may have seen her in Stupid Fucking Bird, She Stoops to Comedy, Fever Dream, Full Circle, and Bug. Kate’s favorite regional credits include productions at Berkeley Repertory Theatre, Arena Stage, Studio Theatre, Folger Theatre, Portland Center Stage, Santa Cruz Shakespeare, Round House Theatre, The Humana Festival at Actor’s Theatre of Louisville - 2011 and 2012, Florida Stage, Gulfshore Playhouse, Two River Theatre, Delaware Theatre, Arden Theatre, Pittsburgh Irish & Classical Theatre, Syracuse Stage, The Wilma Theatre, and special appearances with the Alaskan and Baltimore Symphonies. Kate has received two Helen Hayes Awards and Philadelphia’s Barrymore Award for her acting and recently completed a Masters in Humanities and the Creative Life with an emphasis in Depth Psychology from Pacifica Graduate Institute. She plans to continue her higher education at Mary Baldwin University in the fall and study the origins, practice, and psychology of Comedy in order to prove why people should take it much more seriously than they do.

CAROLINE RILETTE (Kayden) is thrilled to be making her debut at Woolly Mammoth. She previously appeared as Dixie, a “no-neck monster” in Cat on a Hot Tin Roof at Round House Theatre. She is a fourth grader at Beverly Farms Elementary School and loves playing soccer.

MIA RILETTE (Kayden) was recently seen as a “no-neck monster” in Cat on a Hot Tin Roof at Round House Theatre. She is excited to be making her debut at Woolly Mammoth. She attends fourth grade at Beverly Farms Elementary School and loves reading and writing.