IN ESSENCE, A QUEER AND OCCASIONALLY HAZARDOUS EXPLORATION; DO YOU REMEMBER WHEN YOU WERE IN MIDDLE SCHOOL AND YOU READ ABOUT SHACKLETON AND HOW HE EXPLORED The antarctic?; IMAGINE THe ANTARCTIC AS A PUSSY AND IT’S SORT OF LIKE THAT

Betty is rich. Betty is lonely. Betty’s a dutiful wife, but Betty’s busy working on her truck. Betty wants to talk about love, and Betty wants Betty, but Betty needs to hit something. And Betty keeps using a small hand mirror to stare into parts of herself she’s never examined. Meanwhile, Betty decides to stage a production of that play-within-a-play from…what’s it called? Summer’s Midnight Dream?

In Collective Rage, five different women named Betty collide at the intersection of anger, sex, and the “thea-tah.” Award-winning playwright Jen Silverman’s absurdist romantic comedy is at once hysterical, inspired, and boldly uncompromising. When you’re done laughing, you’ll be ready to deliver a knockout blow to a thousand different well-worn tropes about female identity…and dare them all to say “Boop.”

World premiere by an award-winning playwright

Click here to view the seat map for this production.

"[T]his evocative and explosive exploration of women, relationships, love, and above all—pussy—will rock your world."

"Thought-provoking, and filled with great performances."

"All five Bettys give striking and relatable performances."

"Collective Rage is about finding yourself, making weird friends, and falling in love with someone unexpected; and about trading in high heels for boxing gloves and self-hatred for a guitar. In other words, it’s about pussy." 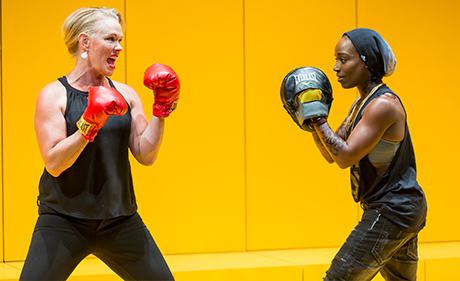 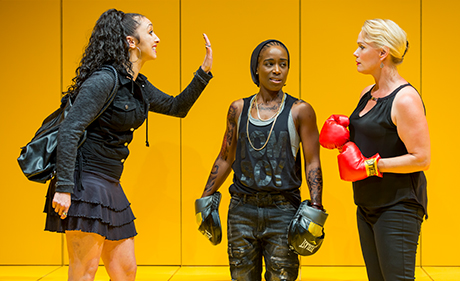 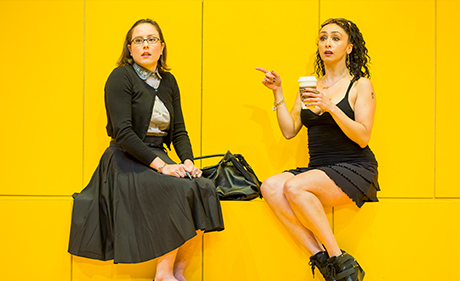 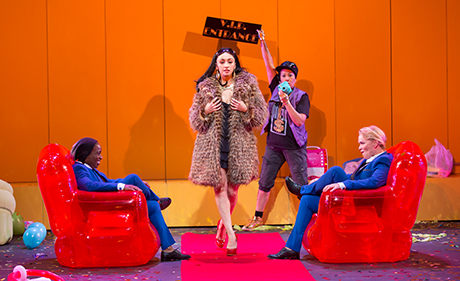 About the Playwright: Jen Silverman

Jen Silverman's work has been produced in New York by Clubbed Thumb (Phoebe in Winter) and the Playwrights Realm (Crane Story), and regionally at Actor's Theatre of Louisville (The Roommate), Humana 2015; (Wondrous Strange, Humana 2016), Yale Rep (The Moors), InterAct Theatre in Philadelphia (The Dangerous House of Pretty Mbane, Barrymore Award, Steinberg Award citation). She has productions upcoming at The Playwrights Realm @ The Duke (New York premiere of The Moors), South Coast Repertory Theatre, and Cincinnati Playhouse in the Park (World Premiere of All The Roads Home), among others. She is a member of New Dramatists, a Core Writer at the Playwrights Center in Minneapolis, and has developed work with the O'Neill, Williamstown, New York Theatre Workshop, Playpenn, SPACE on Ryder Farm, Portland Center Stage, the Cherry Lane Mentor Project, SCR's Pacific Playwrights Festival, The Ground Floor Residency at Berkeley Rep, and the Royal Court in London among other places. She's a two-time MacDowell fellow, recipient of a New York Foundation for the Arts grant, the Helen Merrill Fund Award for emerging playwrights, and the Yale Drama Series Award for STILL. She is the 2016-2017 Playwrights of New York (PoNY) Fellow at the Lark.
Education: Brown, Iowa Playwrights Workshop, Juilliard.

About the Director: Mike Donahue

BETH HYLTON (Betty Boop 1) is delighted to return to Woolly, where she previously performed as Rachael in Appropriate and Josie in Martha Josie and the Chinese Elvis. Most recently, Beth played Blanche in A Streetcar Named Desire at Everyman, where Beth is a member of the resident company. Favorite roles at Everyman include Rosemary in Outside Mullingar, Elvira in Blithe Spirit and Sarah in Time Stands Still. Other favorite regional performances include Amanda in Private Lives and Lady Chiltern in An Ideal Husband at Pittsburgh Irish and Classical Theatre, Nora in A Doll’s House at Gulfshore Playhouse, Bev and Kathy in Clybourne Park at Centerstage, The Woman in The 39 Steps at The Maltz-Jupiter, and Catherine in Suddenly Last Summer at Florida’s Hippodrome. She has also been seen at Ford’s, The Kennedy Center, Round House, Olney, Rep Stage, Weston Playhouse, PlayMakers, The Public of Maine and NC’s Hot Summer Nights at the Kennedy PlayFest. In NYC Beth was a founding member of The Ground Floor Theatre Lab, and performed with Gorilla Rep, at various off-off Broadway theatres, and in the NYC Fringe. MFA: Professional Actor Training Program at UNC-Chapel Hill. Upcoming: Jen Silverman’s The Roommate at Everyman.

NATASCIA DIAZ (Betty Boop 3) is thrilled to be making her debut at Woolly Mammoth. Best known for her feature in the Broadway documentary film Every Little Step, Broadway credits include Man of La Mancha, where she played Aldonza opposite Brian Stokes Mitchell, and Seussical. Off-Broadway credits include By the Way, Meet Vera Stark (Second Stage) and starring as Esmeralda Agron in Paul Simon’s Capeman, directed by Diane Paulus (Delacorte Theatre). Ms. Diaz first gained recognition in DC receiving the 2009 Helen Hayes Award in a tie with theatre legend Chita Rivera for Outstanding Lead Actress in a Musical for her performance as Scottish punk Monica in the world premiere of Rooms. In 2014, she won her second Helen Hayes Award for her performance in Jacques Brel at MetroStage. Her portrayal of Anita in West Side Story has won national acclaim receiving both a Kevin Kline Award (St. Louis) and a Joseph Jefferson Award (Chicago) and last season, Ms. Diaz was featured in Signature Theatre’s sold-out production. Other favorite credits: Savage in Savage in Limbo (MetroStage), Elektra in Agamemnon and His Daughters (Arena), Mariana in Measure For Measure (Shakespeare Theatre), Jenny in Threepenny Opera (Signature). TV: OZ, Law And Order, SVU. Visit me @ www.natasciadiaz.com.