The squabbling editorial assistants at one of New York's most prestigious magazines are all chasing the same dream: a starry life of letters and a book deal before they turn 30. When an ordinary day at the office suddenly becomes a living nightmare, two survivors transform the experience into career-making stories. Which one of them will get to own the truth?

"You'll be unsettled by GLORIA, perhaps even haunted. The ghosts this playwright wants you to sense are hovering all around the theater, reminding us of a parasitic human penchant for getting the last word - and profiting from it."

"It's an explosive and thought-provoking production in more ways than one."

"A stunning production of a knockout play."

"Such a setup may appear at first like the premise of a conventional workplace comedy, but Jacobs-Jenkins subverts such convention. By the close of the first act, any semblance of a status quo has been blown away." 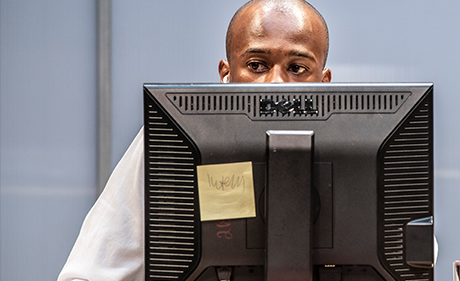 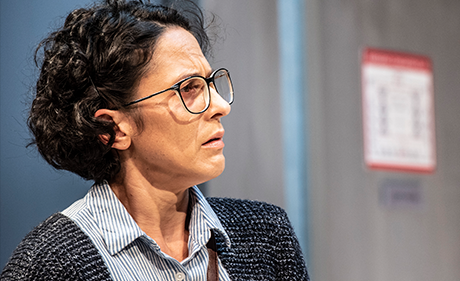 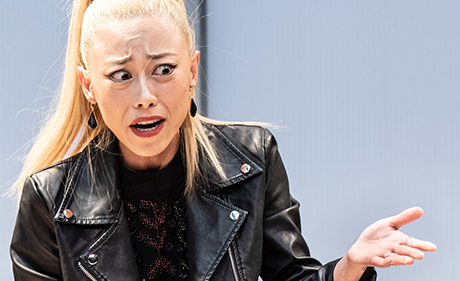 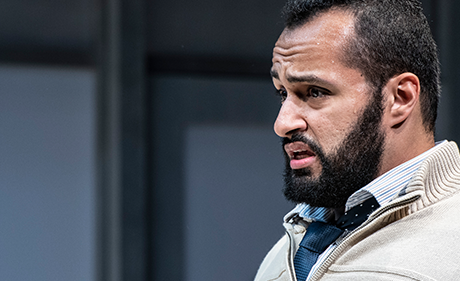 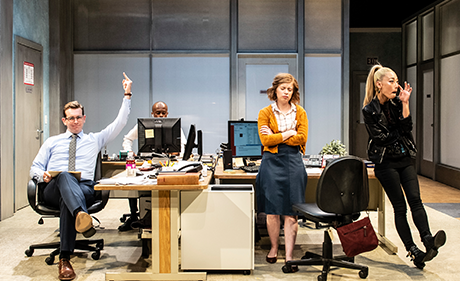 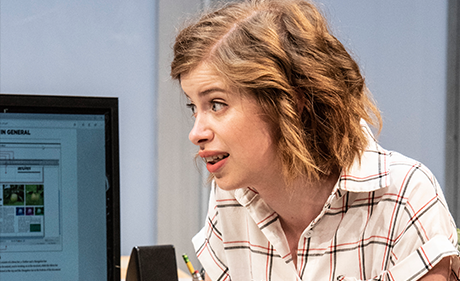 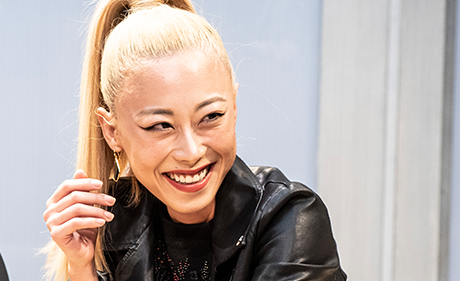 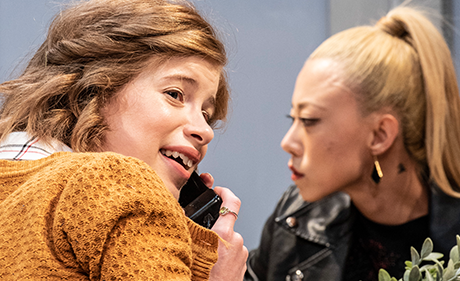 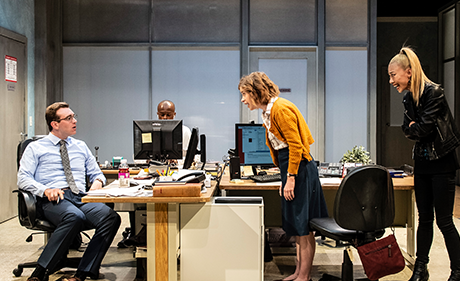 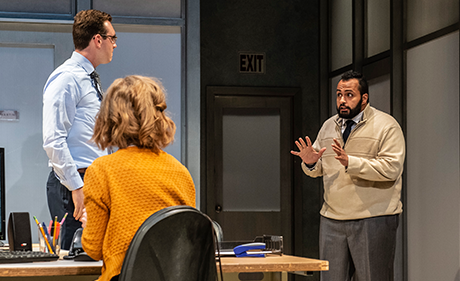 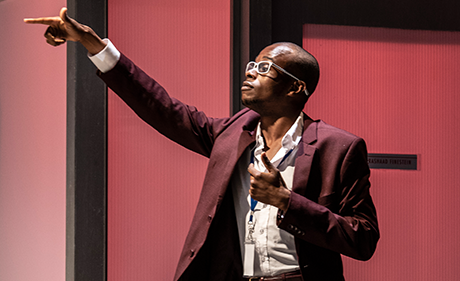 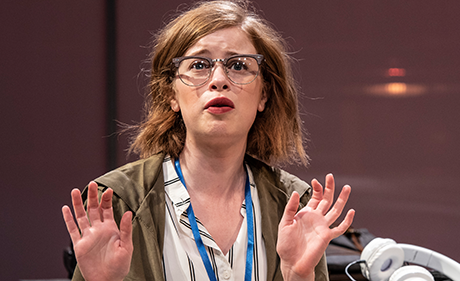 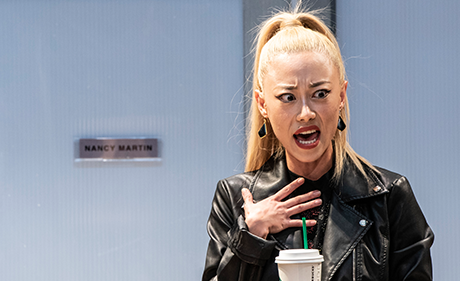 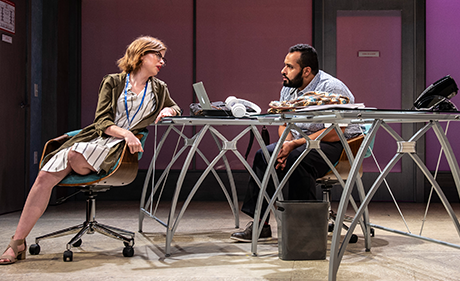 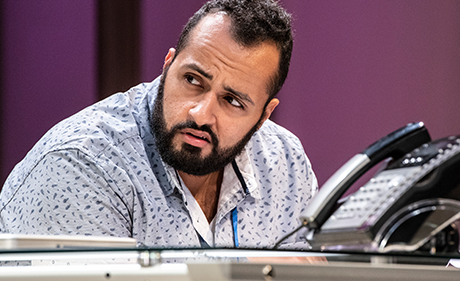 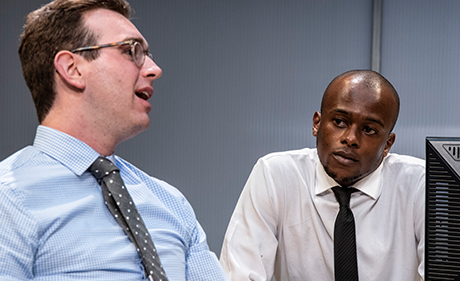 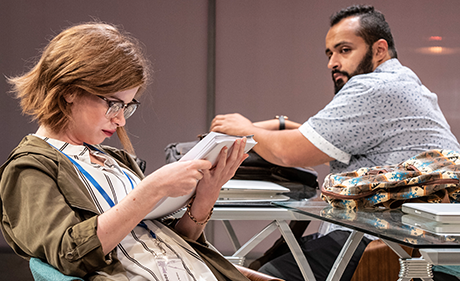 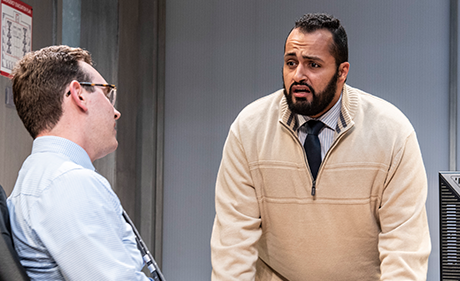 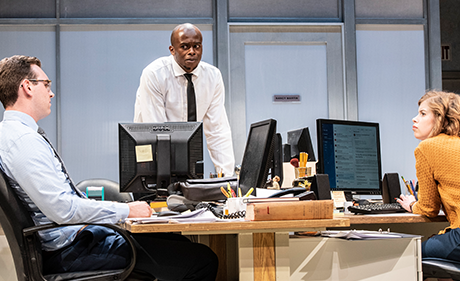 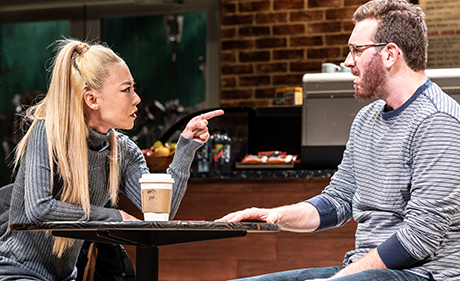 About the Playwright: Branden Jacobs-Jenkins

BRANDEN JACOBS-JENKINS (Playwright) is a NYC-based playwright. His was the recipient of the 2016 MacArthur “genius” Grant, the Windham Campbell Prize, the inaugural Tennessee Williams Award and the 2017 London Evening Standard Award winner for Most Promising Playwright. His plays include Appropriate (Obie Award), An Octoroon (Obie Award), Neighbors, War and Gloria (Pulitzer Prize Finalist). He is currently under commission with The Bridge Theatre Company in London, Manhattan Theatre Club and Steppenwolf Theatre Company to name a few. Branden received his BA from Princeton University and an MA from New York University. He is also a graduate of the Lila Acheson Wallace American Playwrights Program at Juilliard.

About the Director: Kip Fagan

CONRAD SCHOTT (Dean / Devin) is honored to make his Woolly Mammoth debut in his first return to DC since training at the Shakespeare Theatre Company’s Academy for Classical Acting in 2012, where he performed All’s Well That Ends Well and The Atheist’s Tragedy in repertory. Now based in Brooklyn, Conrad has appeared Off-Broadway in The Glory of the World (BAM), 10 out of 12 (Soho Rep), and House Rules (Ma-Yi Theatre Co.). Regional credits include The Glory of the World (Humana ’15), Macbeth, Dracula, Our Town, and Remix 38 (Humana ’14) at Actors Theatre of Louisville, where he was previously an Acting Apprentice in the Professional Training Company. Conrad trained at the Eugene O’Neill Theater Center’s National Theater Institute and BADA Midsummer in Oxford, and he received his B.A. in Drama from Vassar College before pursuing his M.F.A. at the Academy for Classical Acting.

AHMAD KAMAL (Lorin) is so happy to be back at Woolly, following his previous performance in Kiss. Other credits include The Invisible Hand at Olney Theatre Center; 4,380 Nights at Signature Theatre; Love and Information, I Call My Brothers, and Blackberry Winter at Forum Theatre; The Return at Mosaic Theater; Aladdin and The Wonderful Lamp at Adventure Theatre; The Hard Problem (u/s) at Studio Theatre; Exit The King at 4615 Theatre.

Woolly’s production of Gloria includes a realistic depiction of gun violence and suicide, using prop weapons, that occurs at the end of the first act. The second act does not include any depictions of gun violence, but it does include graphic discussions, among the characters, of the violent events at the end of act one. If you have any additional questions about content, we strongly encourage you to contact our box office at 202-393-3939.