Last year’s most talked-about, most unforgettable production is returning to Woolly for a limited three-week run: An Octoroon by new MacArthur "Genius Grant"-winner Branden Jacobs-Jenkins!

A plantation on the brink of foreclosure. A young gentleman falling for the part-black daughter of the estate’s owner. An evil swindler plotting to buy her for himself. Meanwhile, the slaves are trying to keep things drama-free, because everybody else is acting crazy.

An Octoroon, Jacobs-Jenkins’ Obie-winning riff on a 19th century melodrama that helped shape the debate around the abolition of slavery, is an incendiary adaptation. Part period satire, part meta-theatrical middle finger, it’s a provocative challenge to the racial pigeonholing of 1859—and of today.

"Prepare to laugh. A lot. And feel uncomfortable. And laugh some more. Prepare to gasp and cry and cheer and mmm-hmm and leave the theatre really feeling something."

"The funniest and most provocative offering from any of D.C.’s major theaters during the interminable Year of Our Lord two thousand sixteen… has returned."

"This decade's most eloquent theatrical statement on race"

"We need to talk about AN OCTOROON: a razor-sharp, thought-provoking, radical, comical blast from the past." 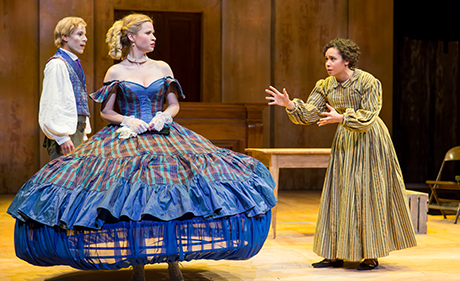 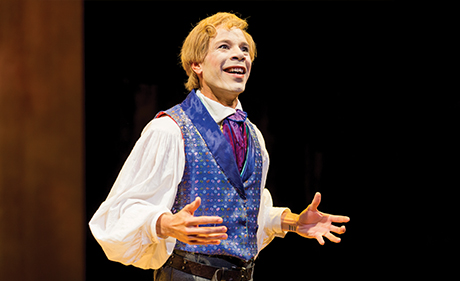 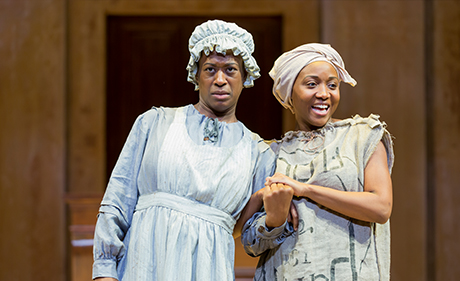 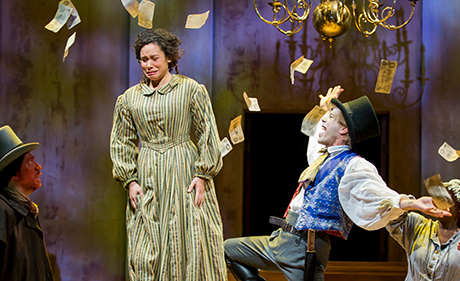 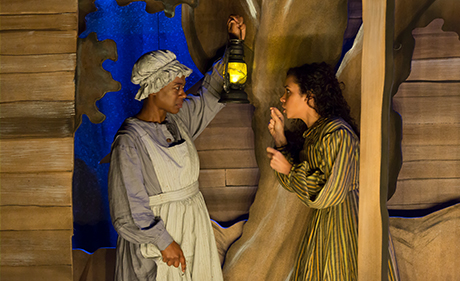 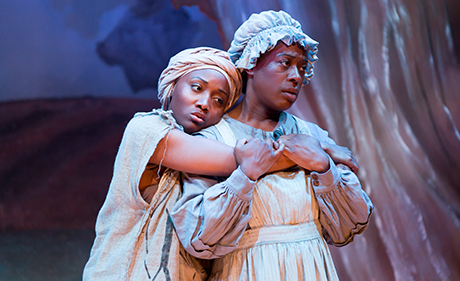 BRANDEN JACOBS-JENKINS (Playwright) His credits include Everybody (Signature Theatre), War (LCT3/Lincoln Center Theater), Gloria (Vineyard Theatre; Pulitzer Prize-finalist), Appropriate (Signature Theatre; Obie Award), An Octoroon (Soho Rep; Obie Award) and Neighbors (The Public Theater). He is a Residency Five playwright at Signature Theatre and under commissions from LCT3/Lincoln Center Theater, MTC/Sloan, and the Steppenwolf Theatre Company. His recent honors include the MacArthur Fellowship, the Windham-Campbell Prize for Drama, the Benjamin Danks Award from the American Academy of Arts and Letters, the PEN/Laura Pels International Foundation Theatre Award, the Steinberg Playwriting Award, and the Tennessee Williams Award.

NATAKI GARRETT (Director) is a Denver-based director, writer, producer and educator. She is the Associate Artistic Director of the Denver Center for the Performing Arts and the former Associate Artistic Director of CalArts' Center for New Performance (CNP), as well as the Associate Dean and the Co-Head of Undergraduate Acting for CalArts School of Theater. She is a recipient of the several awards including the MAP Grant and the NEA/TCG Career Development Program for Directors. Garrett is the co-Artistic Director of BLANK THE DOG PRODUCTIONS (BTD) a LA/NYC based ensemble Theater Company, which is celebrating its 10th year and is dedicated to developing and fostering new work by emerging, adventurous and experimental artists.

Nataki Garrett has directed across the United States, in Rwanda, and in Europe. She is a member of the Stage Directors and Choreographers. In addition to her freelance directing career, she has worked as an arts administrator with more than 15 years in non-profit and arts education.

SHANNON DORSEY (Minnie) Shannon Dorsey is thrilled to make her Woolly Mammoth debut. A true D.C. native, her credits include All the Way (Arena Stage), the Helen Hayes Award-winning A Midsummer Night’s Dream and Carmen (Kennedy Center/Synetic Theater); Unexplored Interior (Mosaic Theater Company); Two Trains Running (Round House Theatre); Marcus; or the Secret of Sweet, In the Red or Brown Water, and Breath, Boom (Studio Theatre); Stick Fly (Everyman Theatre); and The Shipment (Forum Theatre). Regional credits include Safe House and The Trip to Bountiful (Cincinnati Playhouse in the Park); A Raisin in the Sun (Perseverance Theatre); The Great MacDaddy (Negro Ensemble Company/Korner Theatricals); The Power of the Trinity (SummerStage); and The Man Who Ate Michael Rockefeller (New York’s West End Theatre). Shannon received her B.A. in communications, theater and African-American studies at Temple University. She thanks God for the abundance of love and support from her family and friends.

JOBARI PARKER-NAMDAR (Br’er Rabbit/Ratts) is honored and excited to make his Woolly Mammoth debut! He is a true DC native born at the Washington Hospital Center. A Duke Ellington School for the Arts and Howard University Alum. Recent credits include Lost in the Stars with the WNO and Five Guys Named Moe at Arena Stage and the Cleveland Playhouse, and Freedom’s Song at Ford’s Theatre.

ERIKA ROSE (Dido) last appeared at Woolly Mammoth Theatre Company as Quincy/Bart in Mr. Burns, A Post Electric Play; Sabrina in Lenny & Lou and Agent in The Mineola Twins. Other recent credits include, Woman in Falling Out of Time at Theater J and Hawa in In Darfur, for which she won the 2011 Helen Hayes Award for Outstanding Lead Actress. She has performed at The Kennedy Center, Round House Theatre, Theater Alliance, The Shakespeare Theatre Company, The African Continuum Theatre, Hangar Theatre, Everyman Theatre Company, Arden Theatre Company, Philadelphia Theatre Company, Pioneer Theater and more. Erika studied at The University of Maryland, College Park and The London Academy of Performing Arts. www.erikarose.com

KATHRYN TKEL (Zoe) is thrilled to be making her Woolly Mammoth debut. Other area credits include The Guard at Ford’s Theatre, Promised Land at Mosaic Theater Company, Venus in Fur and Hunting and Gathering at Rep Stage, By the Way, Meet Vera Stark at Everyman Theatre and Mockingbird at The Kennedy Center TYA. She has performed regionally with Arizona Theatre Company, San Jose Repertory Theatre, San Francisco Playhouse, Lorraine Hansberry Theatre, California Conservatory Theatre, Willows Theatre, Just Theatre, and Boxcar Theatre. Kathryn holds degrees in both Drama and Anthropology from the University of California at Irvine, as well as an MFA from the Academy for Classical Acting.

MAGGIE WILDER (Dora) Maggie most recently remounted the role of Melody in Bad Jews at Studio Theatre. Other DC credits include Rapture, Blister, Burn (Round House Theatre/Nominated for 2016 Helen Hayes Award for Outstanding Supporting Actress - Hayes Production); She Kills Monsters (Rorschach Theatre); Failure: A Love Story (Helen Hayes Award for Outstanding Supporting Actress - Helen Production), and Abominable (Hub Theatre); When She Had Wings and Aquarium (Imagination Stage); The BFG (The National Children’s Theatre); The Wonderful Wizard of Oz (Adventure Theatre). She can be seen this winter in Who’s Afraid of Virginia Woolf? at Ford’s Theatre. Maggie is a graduate of the Boston University School of Theatre and shares her life with her husband, Doug. www.maggieawilder.com

Stereotypes: The Power of Perception

Join us for an interactive presentation led by Sarah Bellamy, Artistic Director for Penumbra Theatre in St. Paul, MN and expert facilitator around issues of equity, diversity, and inclusion, exploring the ways in which images, narratives, and media influence the perception and lives of marginalized peoples.
See all Related Events