The Second City's Black Side of the Moon

An all-African American cast of The Second City’s smartest and most audacious sketch and stand-up artists breaks down and deconstructs the present American moment through comedy. They’re exactly what we need, exactly when we need it. So if you suddenly feel like you’re living on an entirely different planet, come join us on the Black Side of the Moon.

"An outstanding cast & outstanding production at a time #art must stand up...a must see!"

"Black Side of the Moon is the perfect post-election comic relief for dark times ahead." 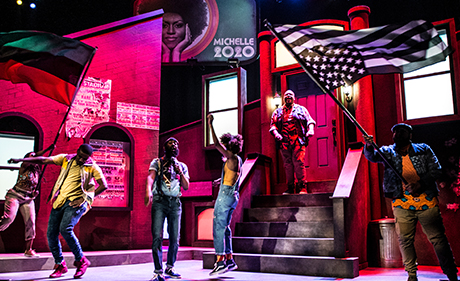 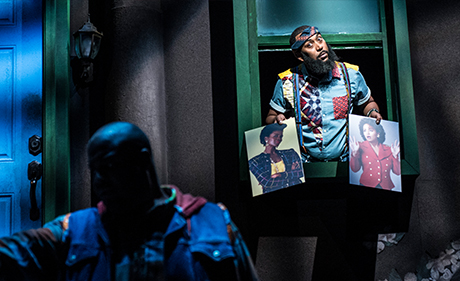 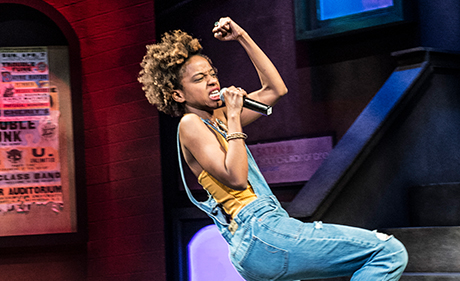 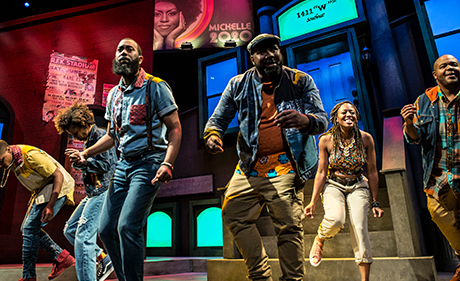 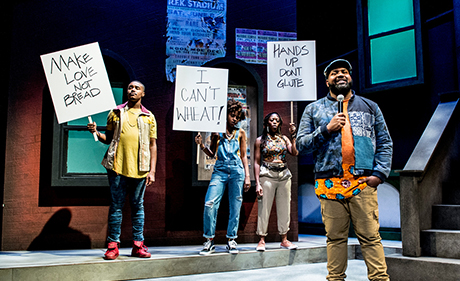 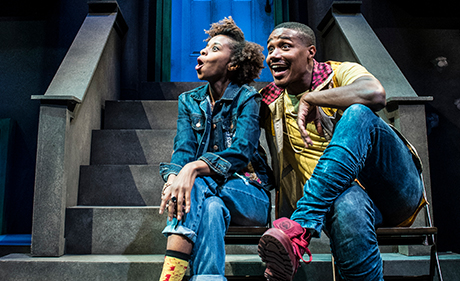 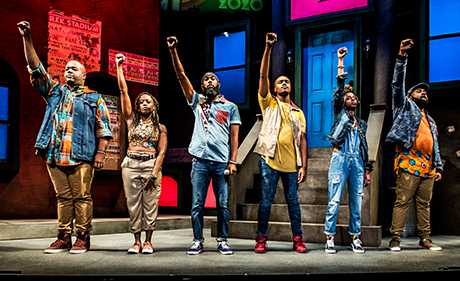 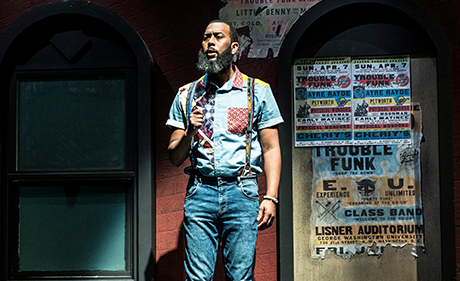 Sonia Denis (Ensemble) is a New York-based comedian by way of Chicago. Sonia’s stand-up can be described as confessional, frenetic and another cool adjective. Sonia has performed at The Bridgetown Comedy Festival, The High Plains Comedy Festival, and The Onion & A.V. Club’s 2nd Annual 26th Annual Comedy Festival. Her writing has been featured on McSweeney’s Internet Tendency and Brightest Young Things. Sonia was recently named one of Comedy Central’s Comics to Watch 2016.

Dave Helem (Ensemble) is a stand-up comedian and writer from Chicago, Illinois. He attributes his sense of humor to the fact that he believes there is something funny in every facet of human life. He has performed on tour in numerous cities with Hannibal Buress and Tony Rock. He also has opened up for Doug Stanhope and Tracy Morgan as well. He also performed on the 2015 Oddball Comedy Festival as well as the Big Sky Comedy Festival. Dave is the co-creator of Blipster Life with Felonious Munk.

Torian Miller (Ensemble) A Chicago native, Torian started at Second City as a inaugural Bob Curry Fellow in 2014. Following the fellowship, he has done numerous productions with Second City. A proud member of Actor’s Equity, he is seen regularly performing with improv team 3PEAT at iO Chicago and has a small recurring role on NBC’s Chicago Med. He owes everything to his family, his agents, and his Black Side family for being the best!

Felonious Munk (Ensemble) Whether on stage or screen, Felonious Munk (born Dennis Banks) brings intelligence and wit with the funny. A headliner at many comedy clubs across the country including the Funny Bone, Gotham, and the Laugh Factory, Munk was also a correspondent on the Nightly Show with Larry Wilmore. In addition, he’s added his unique social commentary to local newscasts in New York City on WPIX 11 and nationally on the syndicated network Touchvision.

Dewayne Perkins (Ensemble) is a Chicago born and raised comedian/writer. A DePaul University graduate, he trained at Second City and iO where he is a member of the Second City Touring Company and improv team 3Peat. Dewayne makes up half of the duo, Bleep that Bleep. Their original shows include Beyonce ft. Jesus and Uncle Tom & Jerry Curl, and their web series Solving Black People Problems the White People Way and Starving Artists. Dewayne is represented by Stewart Talent/Brooke Shoemaker of Principato-Young Entertainment. www.dewayneperkins.com @dewayneperkins