The Second City Presents Nothing to Lose (But Our Chains)

The one-and-only Felonious Munk returns to Woolly Mammoth to headline a new show from the creators of last year’s runaway hit, Black Side of the Moon… and this time, he’s put his own life story on the line!

He’s a thought-provoking standup comic, a TV personality, and an all-around good father and man… but he used to be a drug dealer, a convict, and a dangerous-ass mothafucka. Nothing to Lose (But Our Chains) tells the hilarious and harrowing story of how one Black man went from six years in a state prison to a six-figure job in corporate America to a new life as an activist and satirist. Performed by Munk and a cast of Chicago’s sharpest comedians, the latest installment in the long-running partnership between Woolly and The Second City will combine sketch, stand-up, and music to remind us that true freedom comes only from within.

Please be advised that this production contains instances of strobe lighting.

Woolly does not offer general advisories about subject matter, as sensitivities vary from person to person. If you have any questions about content, please contact our box office at 202-393-3939.

"The finest work the busy Second City has done in DC"

"A hilarious work of art"

"You should find your way to Woolly Mammoth, for you have nothing to lose but your chains"

"Moving and real, it doesn't hold back" 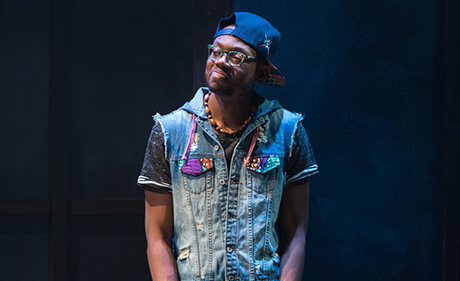 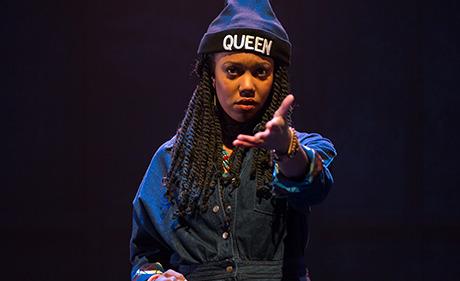 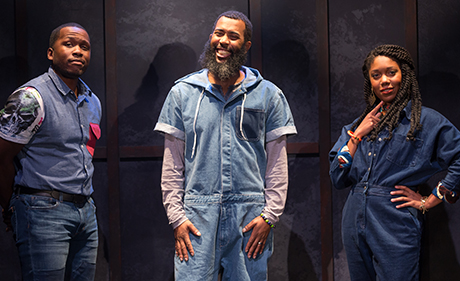 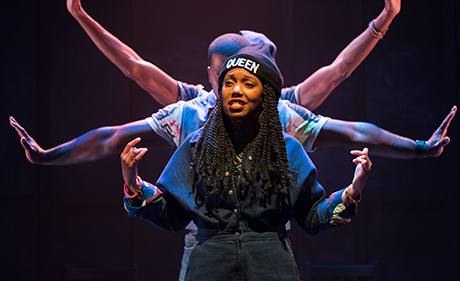 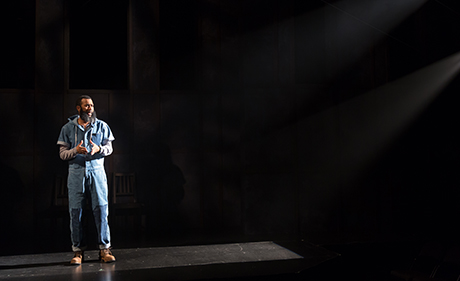 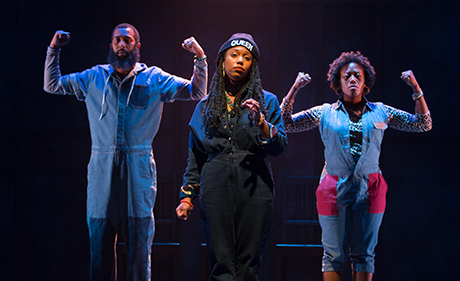 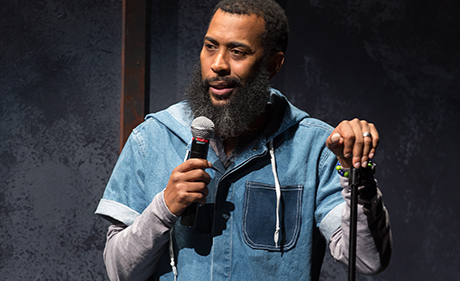 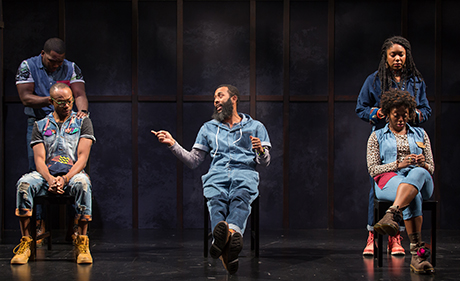 The full Nothing to Lose (But Our Chains) ensemble 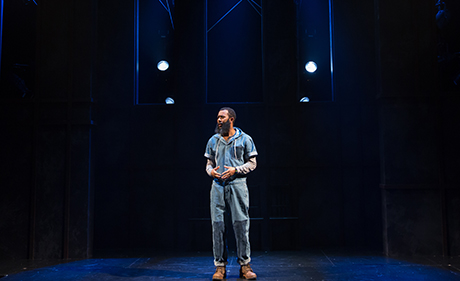 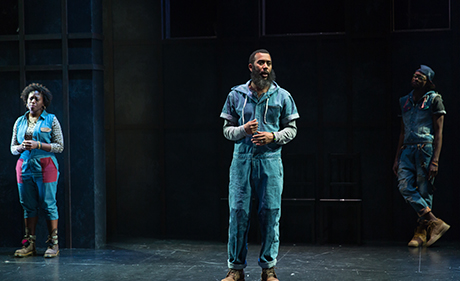 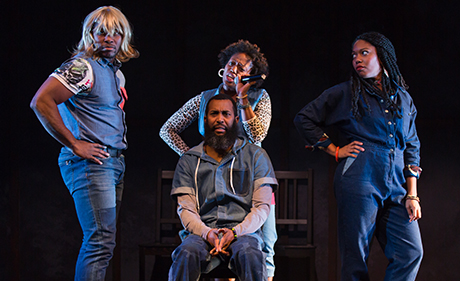 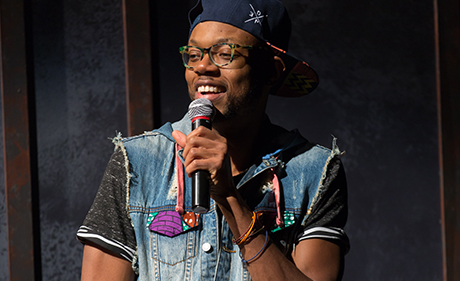 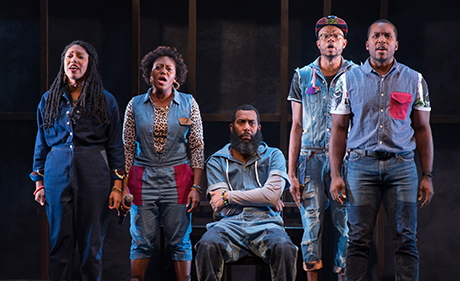 The full Nothing to Lose (But Our Chains) ensemble

About the Playwright: Felonious Munk

FELONIOUS MUNK is a comedian, social commentator, and above average beardsman, currently based in Chicago. He appeared regularly on The Nightly Show with Larry Wilmore on Comedy Central and at the legendary Second City in Chicago as co-creator, host, and writer for the groundbreaking Afrofuturism and Black Side of the Moon shows, the latter of which had a successful run at Woolly Mammoth. He began his career doing stand up (poorly). He has since improved and has headlined comedy clubs from Gotham in New York City to the Funny Bone in Virginia Beach. He’s also a nice person. Probably.

About the Director: Anthony LeBlanc

ANTHONY LEBLANC is originally from Beaumont, TX. He performed with his sketch group, Boxaganga, while obtaining a Computer Science and Physics BS at Loyola University New Orleans. He directed The Second City e.t.c. review, Soul Brother, Where Art Thou? and The Second City Main Stage review, Winner…of Our Discontent. He Directed The Magic Negro and Other Blackity Blackness as Told by an African-American Man Who Also Happens to be Black at the Alliance Theater in Atlanta Georgia. He wrote and performed in two Second City Chicago Main Stage Reviews; America: All Better and Taming of the Flu. He is also the Associate Artistic Director of the Second City Training Center in Chicago and part of Columbia College Chicago’s theater department faculty teaching in the Comedy Writing and Performance Major. He hopes that His Sketch Directing helps him one day realize his dream of working for NASA, programming A.I. computer systems. He thanks Mom, Dad, David, Katie, Kennedy, Matt, his friends… and of course… Stephen Hawking.

About the Creative Consultant: Mick Napier

MICK NAPIER is founder and Artistic Director of the acclaimed Annoyance Theatre and has been teaching and participating in improvisation and theater in Chicago since 1987. He also works as a director and artistic consultant for Second City. In addition to many shows for Annoyance and Second City, Mick has also directed actors and writers including Martin Short (Martin Short & Friends), Jeff Garlin (I want Someone to Eat Cheese With), and David & Amy Sedaris in their Obie Award Winning hit One Woman Shoe. As an actor, Mick has appeared in the films Ice Harvest and Let’s Go to Prison, Watch, and Talent, and on television as a talent judge in the Canadian reality show Next Comedy Legend. The documentary Second to None chronicles Mick’s process of directing a show for The Second City. Mick has also written two books: Improvise. Scene from the Inside Out and Behind the Scenes, Improvising Long Form. He also likes to do card tricks.

ANGELA ALISE is thrilled to be back at Woolly Mammoth, where she previously appeared in The Second City’s Black Side of the Moon. Angela hails from Kansas City, Missouri. She holds a BA in Theatre from Loyola University and resides in Chicago. Favorite credits include: The Almost Accurate Guide to America: Divided We Stand (Second City at The Kennedy Center); The House That Will Not Stand (Victory Gardens Theater); Saturday Night/Sunday Morning (Prologue Theatre at Steppenwolf Garage); How We Got On (Haven Theatre); The Wiz (Kokandy Productions); Parade (Boho Theatre); and Coming Home (Erasing the Distance, where she’s an Ensemble member). Angela is represented by Gray Talent Group. www.angelaalise.com

MCKENZIE CHINN is pleased to work with Woolly Mammoth and The Second City for the first time. She has worked with Steppenwolf Theatre, Goodman Theatre, Victory Gardens, A Red Orchid Theatre, and Stage Left Theatre in Chicago, The Studio Theatre in DC, and Everyman Theatre in Baltimore. She has appeared in film and on television, including a guest star role on Chicago Fire. A Leonore Annenberg Artist Fellow, she wrote, produced, and is lead actor in the independent film Olympia, currently in post-production. An accomplished poet, she also performs with Growing Concerns Poetry Collective, who released their inaugural album WE HERE: Thank You For Noticing in August. She is represented by Actors Talent Group and can be found at mckenziechinn.com.

CALVIN EVANS is a standup, actor, and writer from Chicago. His recent television credits include the new Fox series APB, NBC’s Chicago PD, and Showtime’s Shameless. He has also performed his standup on the Kevin Hart Comedy Central series Hart of the City and MTV’s Acting Out. Calvin was the winner of the WGN Chicago’s Next Big Comic contest and was a 2-time featured performer at NBC’s Breakout Comedy Festival. Calvin was also a 2017 New Face at the Just For Laughs Montreal Festival. Calvin performs standup across the country and is a regular performer at several of Chicago’s top comedy clubs including The Laugh Factory, Up Comedy Club, and Zanies. Calvin is a graduate of the Second City Chicago Conservatory and is a Bob Curry Fellowship recipient.