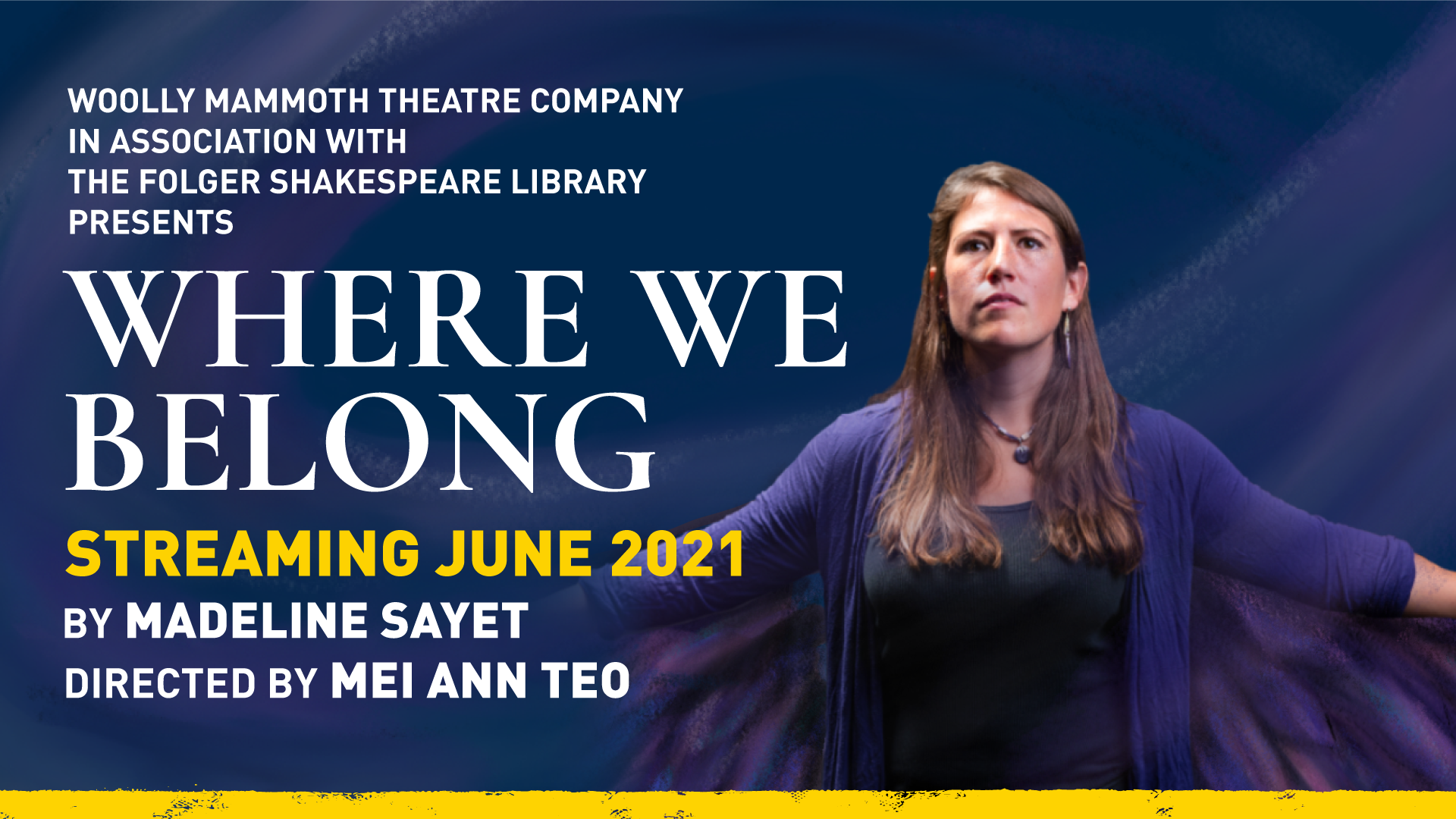 AN INDIGENOUS THEATRE-MAKER JOURNEYS ACROSS GEOGRAPHIC BORDERS, PERSONAL HISTORY, AND CULTURAL LEGACIES; IN SEARCH OF A PLACE TO BELONG.

In 2015, Mohegan theatre-maker Madeline Sayet travels to England to pursue a PhD in Shakespeare. Madeline finds a  country that refuses to acknowledge its ongoing role in colonialism, just as the Brexit vote threatens to further disengage the UK from the wider world. In this intimate and exhilarating solo piece, Madeline echoes a journey to England braved by Native ancestors in the 1700s following treatise betrayals – and forces us to consider what it means to belong in an increasingly globalized world.

“In September 2019, in consultation with the brilliant scholar Dr Gabrielle Tayac, Woolly etched a land acknowledgment to the Nacotchtank and Piscataway peoples into the concrete foundation of our building. This represented a commitment to honor our local Native community as well as present, produce, and support Indigenous artists in the theatre. Madeline Sayet’s WHERE WE BELONG blew me away when I first encountered it. Her openness to sharing her journey across the sea, into the sky, and back home to Mohegan is a deep, insightful, and often very funny, revelation. Woolly and the Folger are committed to as many people experiencing this piece as possible, and creating this film version is one way to create that kind of radical access.”