an Interdisciplinary Gathering of Native Artists

This event is free and open to the public. 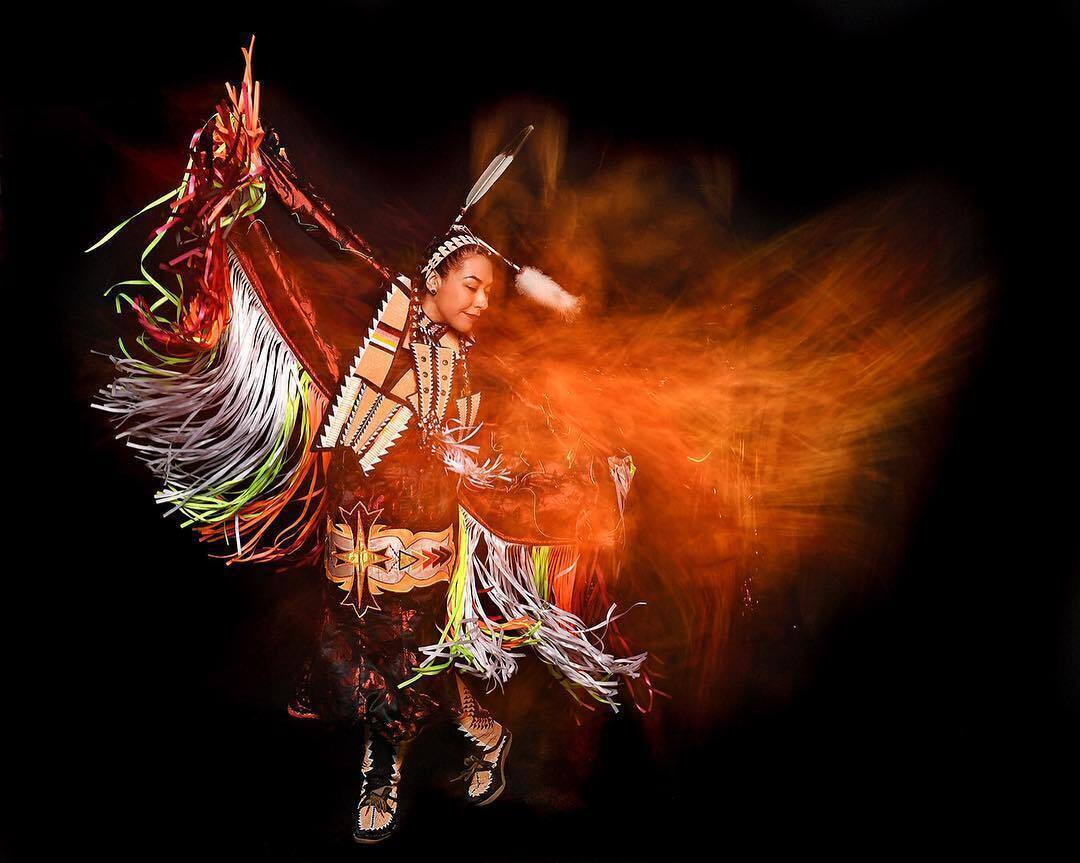 The Indigenous Community Art Showcase is an evening celebrating the work of artists and creators including:

Uptown Singerz advances the music of Native American powwow drumming steeped in traditional song through its intertribal repertoire while engaging new songs and voices from the powwow drum genre. The Uptown Singerz are a DC-based intertribal Native American Northern drum group that performs powwow, ceremonial, honor and in some cases political songs. The group is comprised of male and female singers as well as several dancers, each of whom represents different tribal nations from all over Indian country. Each member of our drum group resides in DC or the surrounding area and brings their bold powwow style of singing and dance to share the Native American spirit and culture.

Rhiana Yazzie is a 2021 Lanford Wilson and 2020 Steinberg award winning, playwright, director, a filmmaker, and the Artistic Director of New Native Theatre, which she started in 2009 as a response to the lack of connection between Twin Cities theaters and the Native community. She is a 2018 Bush Foundation Leadership Fellow and was recognized with a 2017 Sally Ordway Award for Vision and has been a Playwrights’ Center fellow multiple times and Core Member. Her debut film A WINTER LOVE is in festivals this year.  Rhiana is Navajo Nation citizen (Ta’neeszahnii bashishchiin dóó Táchii’nii dashinalí), and is a writer on season two of AMC’s top rated series, Dark Winds, which takes place on the Navajo reservation

Miss Chief Rocka Angela Miracle Gladue aka Lunacee, is a nehiyaw (Cree)/Greek from the Treaty 6 Territory of amiskwaciy-wâskahikan (Edmonton, Alberta) and is a proud member of Frog Lake First Nation. At age 6 she began cultural dancing through a Metis and Powwow dance program at her school – Prince Charles Elementary and performed regularly throughout Western Canada with the Red River Wheelers and her School’s Powwow Performing Group. Her background in Hip-Hop dance – as a B-girl, began in 2003 through the influence, mentorship and collaboration of an Indigenous Hip-Hop performance group known as The Red Power Squad. She is also a member of The Fly Girlz Dance Crew who have trained with some of the originators, innovators, and pioneers of Hip-Hop Culture. Angela has been invited to perform, speak, teach and judge in countless countries throughout the world and has been touring as one of the lead dancers for The Halluci-Nation (Formally A Tribe Called Red) since 2016. She has also opened up for major recording artists such as TLC, Sean Paul, Lil’Kim, Maestro, Grandmaster Flash and Busta Rhymes to name a few.

Rose Powhatan (Pamunkey/Tauxenent) is a Native American artist, historian and cultural activist. She is descended from leaders of the historic Powhatan Paramountcy, in “Attan Akamik” (Our Fertile Country) which extends from Virginia to Washington, DC. Her DMV ancestors were the first Indigenous Eastern Woodlands people to encounter Spanish and English Europeans in the 1500’s and 1600’s. She is a Fulbright and Cafritz award fellow whose artwork has been exhibited locally, nationally and internationally in venues that include galleries, museums and US embassies. Powhatan and her husband Michael Auld (Taino) are cofounders of the Powhatan Museum, an intertribal source of information and outreach services. The museum’s website address is powhatanmuseum.com. She is also a member of the Kennedy Center’s Community Advisory Board and a former inaugural member of its Culture Caucus of leaders in the arts.