At Hanover Middle School, two teachers get shockingly graphic with a lesson about race, sex, and power. The quick-witted duo goes round after round on the mat of our nation’s history in a far-reaching, unfiltered, and unflinching comedy.

Underground Railroad Game is a fourth-wall-breaking, audience-implicating, “in-all-ways sensational” (New York Times) experience. You will never forget which side of history you were on.

Please be advised that this production contains instances of haze.

Woolly does not typically offer advisories about subject matter, as sensitivities vary from person to person, but for this show we strongly encourage you to contact our box office at 202-393-3939 if you have questions about content or possible triggers.

Parents of children under 18 in particular are strongly encouraged to inquire in order to help determine age-appropriateness for their family members.

"Underground Railroad Game is sure to shake up the subconscious, providing plenty of food for thought to chew on"

"It’s as fascinating as it is disorienting."

"If you feel theater should challenge you to the point where you are squirming and shallow-breathed, go and see it. If you don’t like being challenged when you see a play, go see it anyway"

"Underground Railroad Game is searing and sensational at Woolly Mammoth"

"Woolly's latest gives bold, moving voice to the issues of the day"

"Don’t miss this unique, once-in-a-lifetime production at Woolly Mammoth... this is one production you will regret not seeing."

"The year’s most resounding testament to the theater’s continuing power to shock." 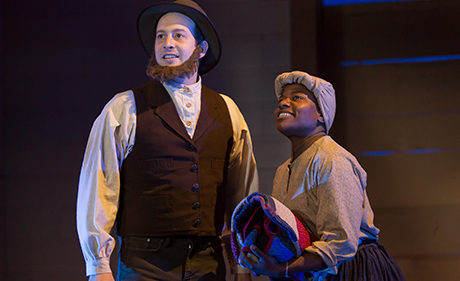 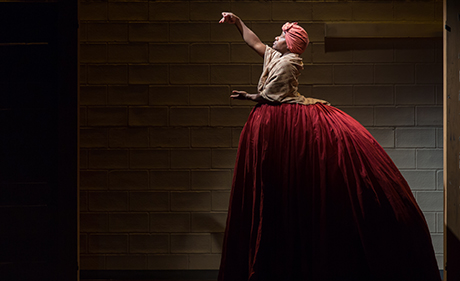 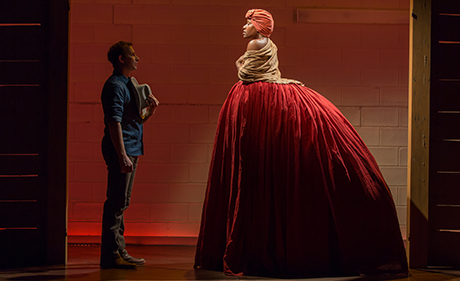 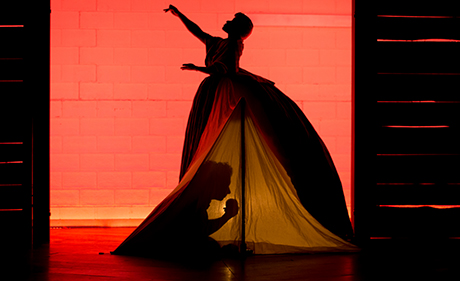 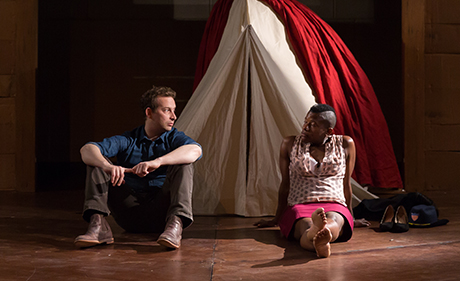 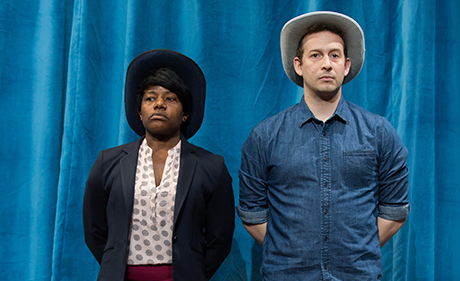 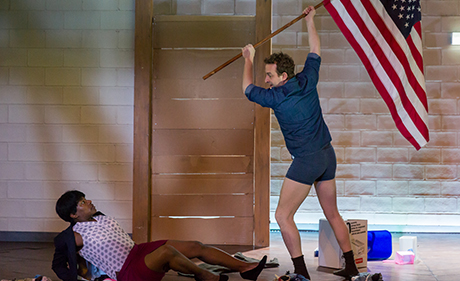 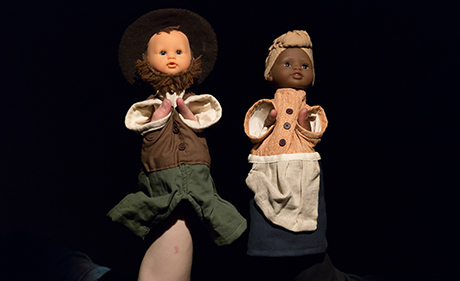 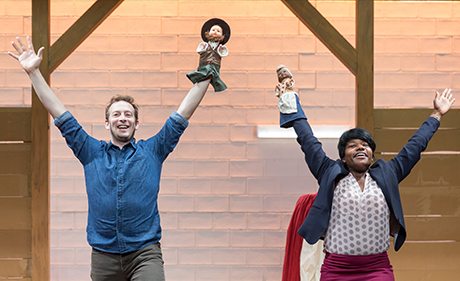 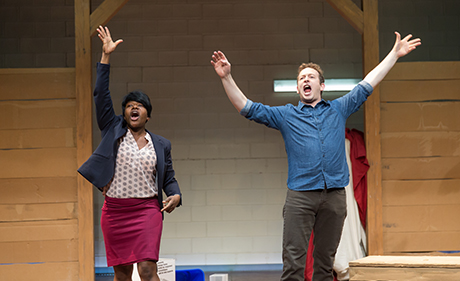 JENNIFER KIDWELL (Playwright and Performer) is a performing artist. Recent projects: Demolishing Everything with Amazing Speed (Dan Hurlin), I Understand Everything Better (David Neumann/advanced beginner group), Sans Everything (AS 220), Antigone (The Wilma Theater), I Promised Myself to Live Faster and 99 Break-Ups (Pig Iron Theatre Company), Dick’s Last Stand (Whitney Biennial 2014, as Donelle Woolford), Zinnias: the Life of Clementine Hunter (Robert Wilson/Toshi Reagon/Dr. Bernice Johnson Reagon). She’s currently working with Geoff Sobelle and Nichole Canuso and is a PITC company member, a Wilma Theater Associated Artist, a co-director of the theater company Lightning Rod Special and a co-founder of JACK. Her writing has been published in movement research Performance Journal #45 and hyperallergic.com. In 2013 she was awarded the TCG/Fox Resident Actor Fellowship (with PITC), naming Underground Railroad Game as her primary project. She is a 2016 Pew Fellow.

About the Director: Taibi Magar

TAIBI MAGAR (Director) is an Egyptian-American director based in New York, and a graduate of the Brown/Trinity MFA program. In New York, Taibi has directed and developed work with TFANA, the Women’s Project Theatre, Rising Phoenix Rep and INTAR Theatre. Regionally, she has directed and developed work with Trinity Repertory Company, Pennsylvania Shakespeare Festival, Shakespeare & Company and Oregon Shakespeare Festival. She is the recipient of a Stephen Sondheim Fellowship, an Oregon Shakespeare Festival Fellowship, a Public Theater Shakespeare Fellowship, the TFANA Actors and Directors Project Fellowship and is an alumna of the Lincoln Center Directors Lab. Taibi is a member of the Stage Directors and Choreographers union and is represented by Ross Weiner at ICM Partners. Upcoming 16/17 Season: Juilliard, Alley Theatre, and Guthrie Theater.