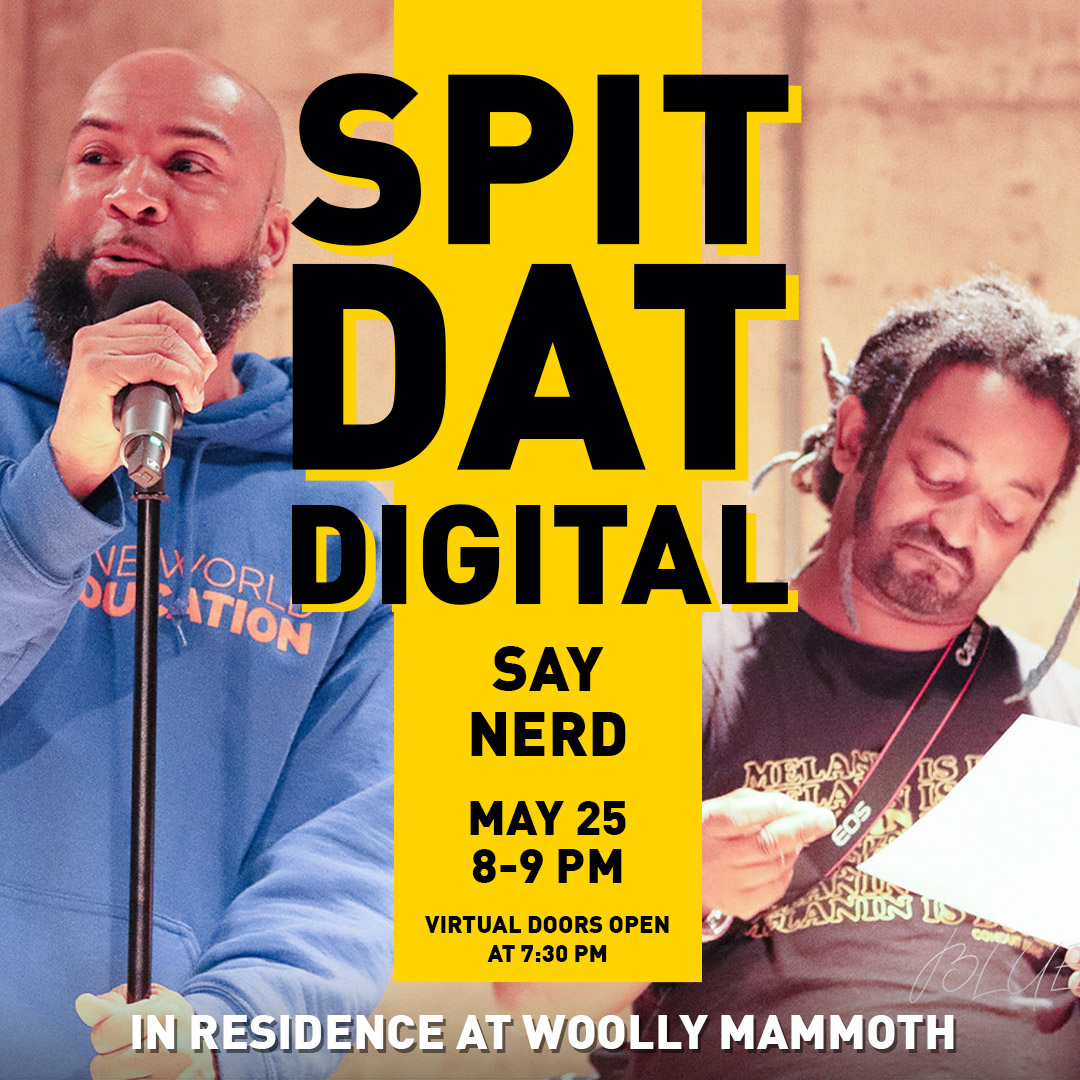 Woolly Mammoth is thrilled to partner with Spit Dat for monthly spoken word performances starting in October 2019. All performances will be free and open to the public.

Spit Dat is BACK With: Say Nerd
MONDAY, MAY 25 AT 8PM on ZOOM!
Virtual Lobby Opens at 7:30PM, Event from 8-9PM
Facebook Live Stream Begins at 8PM

This second virtual open mic in our series, SAY NERD, will be hosted by Spit Dat's own Drew Anderson and Dwayne Lawson-Brown. A celebration of the geeks, the nerds, the outcasts, the freaks, the gamers, and all of the fandoms! That's right, if you search YouTube for videos breaking down your favorite shows' easter eggs, this set is for you! This digital edition of the Woolly Mammoth Spit Dat Residency will be featuring the ill stylings of Bobby "Slli'm" Williams, and our "Oracle of Ages" Ashley Harris!

Slli’m is an equal opportunity artist who loves attention … not saying he is an addict or anything. An event host who feeds on crowd interaction, Slli’m has been performing Spoken Word Poetry and Hip-Hop since 2005. Also a lover and student of Improv, Slli’m is a proud member of six Improv groups and three specialty shows. For Slli’m, Improv play and performance poetry both combine organic expression, requiring presence of mind along with the exploration of feeling, thought, and introspection. “Improv is fun and phenomenal as its own form of expression. As a bonus, it can help you strengthen all other forms of expression. Improv and poetry will always be a part of my life. 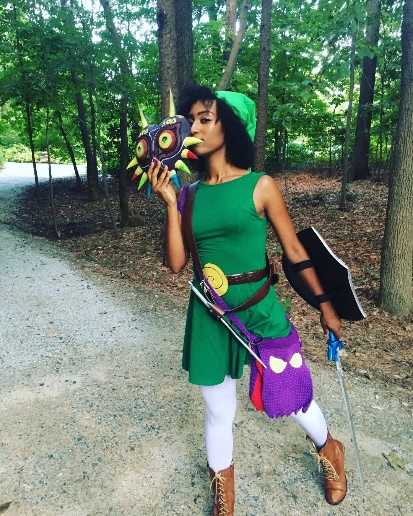 Ashley Harris is an Aquarius that aspires to be both a physician and poet. She attended the University of North Carolina at Chapel Hill with the Johnston Scholarship, a
four-year scholarship based on merit. She graduated in 2015 with a major in Chemistry and Hispanic Culture and Literature with a minor in Creative Writing. Her lifelong goal has been to be able to translate and create bilingual work and in May 2015 she began that journey by publishing a short story entitled “Black Wall Street” in both Spanish and English in an online magazine entitled Aguas de Pozos. After graduation, she won the Gerard Unk Fellowship Grant to travel to both London and Portobelo, Panama to study the poetry and art between the two locations. In addition, she helped Dr. Renee Alexander-Craft with her studies on the Carnaval tradition in Portobelo through the online database Digital Portobelo. She has also published her work in journals such as Event Horizon, Cartridge lit, Wusgood.black and the Yellow Chair Review. Currently, she is one of the founding members of Hear&After, an organization dedicated to presenting poetry workshops and open mics to the Durham, Raleigh and Chapel Hill NC area. She has an upcoming poetry book called “If the hero of time was black” that has been published through Weasel Press. Ashley is currently emerged in clinical research, poetry, and the Legend of Zelda.